The JusticeFor66+ Campaign comprising of concern citizens at public press conference held at Child Protection Alliance office at Bakoteh on Sunday 9th October noted with serious concerns that the Gambia Government has announced that the total number of child deaths from these fake syrups is now 69. However, we are using the figure 66 being the original figure that prompted this campaign and knowing that we are not yet at the final number.

In this regard, we wish to welcome you all to this press conference to provide an update on the campaign and to respond to the presidential address on this crisis on Friday October 7 and the press conference given by the Minister of Health Amadou Lamin Samateh on Saturday October 8.

At the outset we wish to pay our respects once again to the departed children and wish them eternal peaceful rest in heaven. We wish to express our heartfelt condolences to all the bereaved families as well as the entire nation given that this is a national loss. We wish to renew our demand for transparency, justice, and accountability from the Gambia Government whom we hold to be wholly responsible for this irreparable loss of lives of young children, and to their families and the nation as a whole. 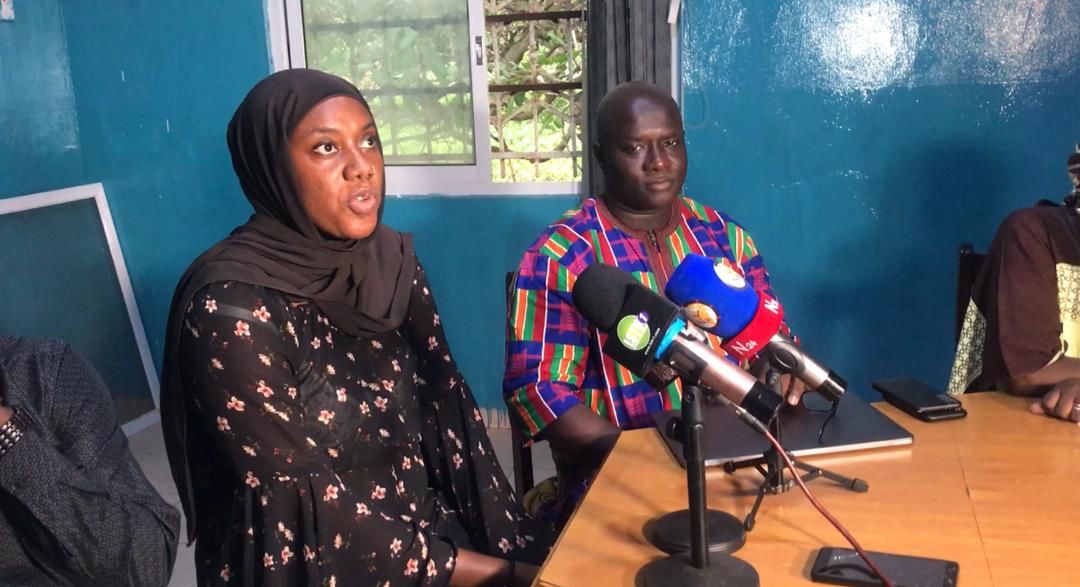 As a campaign, we are a group of sovereign citizens who are determined to fulfill our moral, legal, and political obligation to demand justice for the unnecessary, illegal, and untimely death of these children. We wish to call on all Gambians to be part of the campaign wherever we are to demand justice. This includes to demand the necessary system change that this country badly requires to ensure a greater protection and fulfillment of rights; to end corruption and ensure efficiency and responsiveness in the delivery of public services.

As a campaign, we are making efforts to reach out to the families of these children in order to help them better organize themselves to lead the demand for justice for their children. We consider the families of the deceased to be leaders and not backbenchers in the demand for justice. In this regard, we are also reaching out to the Gambia Bar Association and individual lawyers to come to the defense of these families in seeking justice for their children.

As a campaign, we hold that the chief perpetrator is the Government of the Gambia. We therefore demand the Government to act with honesty, openness, and urgency in addressing this national crisis. This crisis is symptomatic of a wider and deeper systemic failure of the State which needs fixing with urgency, in honesty and openness. We do not see this current crisis as an isolated case but rather indicative of a longstanding series of failures of public institutions to be responsive to the needs of the people. 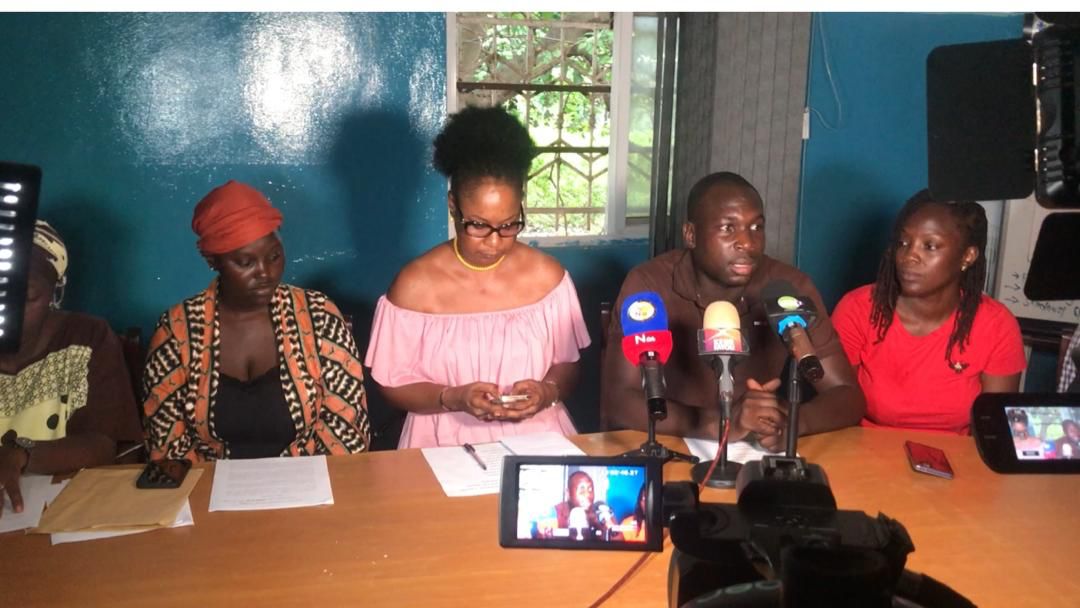 Therefore, our response to the statement of the President on Friday is that it was inadequate, misleading, and intended to undermine justice and accountability. The President had failed to respond to the core of this crisis, which is the disregard of the rule of law, lack of effective monitoring and abuse of office by public officials. The fact that these fake drugs from a fake company from India could be sent directly and only to the Gambia without the necessary institutions being able to detect and prevent it indicates inefficiency, corruption, hence criminal.

We strongly believe that the Ministry of Health and its related regulators have the capacity to detect and prevent the entry of fake drugs into the country. Hence the only reason these fake products could have entered the country is due to negligence, inefficiency and corruption that must be investigated.

For that matter, we take great exception to the statements released by the Minister of Health Amadou Lamin Samateh at his press conference on Saturday that the Gambia has the best health system as he attempts to dodge responsibility and create scapegoats to blame. We remind Minister Samateh of his own lamentations on the floor of the National Assembly that corruption is endemic in his office, which he failed to address since then.

In this regard, we demand that the Minister of Health Amadou Lamin Samateh resign with immediate effect in order to restore public confidence in the health system and to protect the integrity of the investigations that are to be carried out. The continued presence of Dr. Samateh at the helm of health affairs has discredited his Ministry in the eyes of Gambians. He has failed to live up to the expectations of Gambians who continue to face serious challenges in securing healthcare. His leadership has not served in any way to maintain trust and confidence in the health system. He cannot add any more value to that Ministry and so the sooner he leaves the better for the Ministry and the overall delivery of healthcare in this country.

Together with Dr. Samateh, we also call for the resignation of the Executive Director and the dissolution of the Board of Directors of the Medicines Control Agency for the failure of the Agency to enforce its own ‘GUIDELINE FOR IMPORT AND EXPORT OF MEDICINES AND RELATED PRODUCTS’ and their ‘GUIDELINE FOR REGISTRATION OF MEDICINES’ in line with Medicines and Related Products Act, 2014. If the processes and actions outlined in these instruments were adequately and diligently enforced, we would not have witnessed the loss of 69 young lives today. 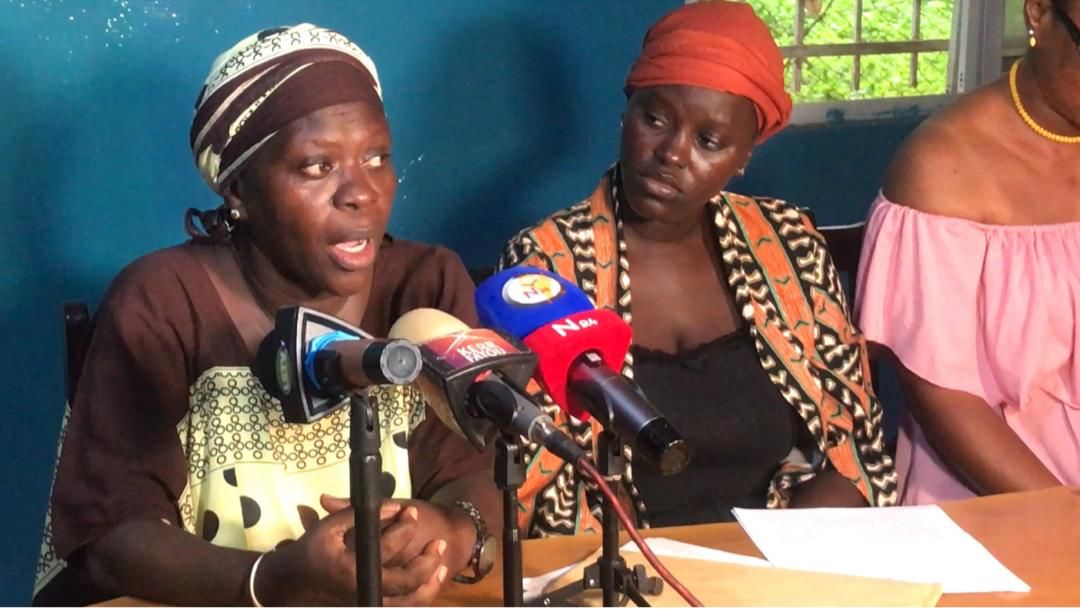 In that same vein, we also call for the dissolution of the Pharmacy Council of the Gambia for its failure to ensure that pharmacies provide safe and healthy products which has led to the loss of these young lives.

We find the management of pharmacy licenses to be unethical. The Medicines Control Agency and the Pharmacy Council are oversight and monitoring bodies over medicine importers and exporters and pharmacies. Information we have obtained is that some key members of the Agency and the Council are renting out their licenses to pharmacies. This is a clear conflict of interest, which directly undermines effective oversight and accountability. The members of the Agency and the Council should be individuals who should not have any direct financial benefits earned by virtue of holding both licenses and positions in these institutions at the same time.

We also received with great reservation the press statement from State House and the IGP on Saturday that some importers and pharmacies were suspended and that some officials from the Medicines Control Agency have been called for questioning. We wish to demand the State House and the IGP to be open and truthful by disclosing the names of the affected importers, pharmacies, and officials for the public has a right to know. We wish to question the IGP as to why the suspended importers and pharmacies have not been arrested since they are suspected of committing a crime. Similarly, we wish to also ask the IGP to indicate the duration of the investigation. This information is necessary to ensure that indeed the path to justice and accountability shall reach its logical conclusion without any interference and derailment.

We wish to remind all public institutions and officials to bear in mind that the mandates given to them carry life and death consequences hence when the slightest act of negligence and the lack of due diligence takes place, they take away lives. This is what has happened leading to the loss of 69 young lives.

Finally, we wish to call on all citizens to realize that the state of affairs of Gambian children is dire due to the continued failure of the Gambia Government to protect and fulfill the rights of children. Where conditions of children are poor, unhealthy, and uncertain then life and future of that society itself is gloomy. It is in realization of this unfortunate situation that we hold that all citizens have a moral duty to ensure that society and services are safe and healthy for children. We hereby call on citizens to stop being complacent, indifferent, and taking things for granted for the next child victim could be your child.

Justice for all children who died as a result of taking fake syrup.

Thank you for your kind attention.