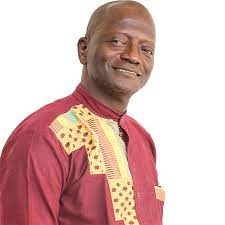 The Ministry of Fisheries, Water Resources and National Assembly Matters (MoFWR-NAMs) in collaboration with stakeholders held its first project steering committee meeting 19th September 2022 at the Department of Fisheries in Banjul.

The meeting was aimed at strengthening gender adaptive capacities of climate change through capacity building for small scale business in the Gambia in supporting and promoting quality and safety standards of environmental safeguards.

In his opening remarks Mr. Omar S. M Gibba, the Permanent Secretary Ministry of Fisheries, Water Resources National Assembly Matters (MoFWR-NAMs), said the aim and objective of the project is to address critical issues of climate change which are in line with the fisheries policy and development strategies, to support the policies and development strategies of other sectors such as environment, gender and trade among stakeholders.

P S Gibba who doubles as the chairperson of the Steering Committee said at the end of the project national capacities would be strengthened to mainstream climate change adaptation and gender equality in sectoral policies and development strategies. He added that it will increase resilience and adaptive capacities of enterprises and communities along the coastal fisheries value chain.

“I wish to draw your attention to the gender dimension of the project because this is something I like to hail about the project,” P S Gibba said.

According to Gibba, the fisheries sector is in demographic structure with significant gender roles with supply value chains. He said women dominate the fisheries sector in occupying the post-harvest fisheries segment, involving various small scale enterprises from fish landing, processing ,marketing and providing consumers with fish of quality and safety standard for consumption.

He observed that the project is very gender inclusive and empowering both men and women in the post-harvest fisheries sector.

PS Badjie decried climate change and its devastating effects and said they are not going anytime soon but lessons gathered from this meeting will contribute immensely in the approach of climate change adaptation in the future agenda.

Other institutions who participated at the meeting were the Ministry of Environment, Parks and While life, Ministry of Trade Industry and Employment, National Environment Agency, Food Safety Quality Authority among others.