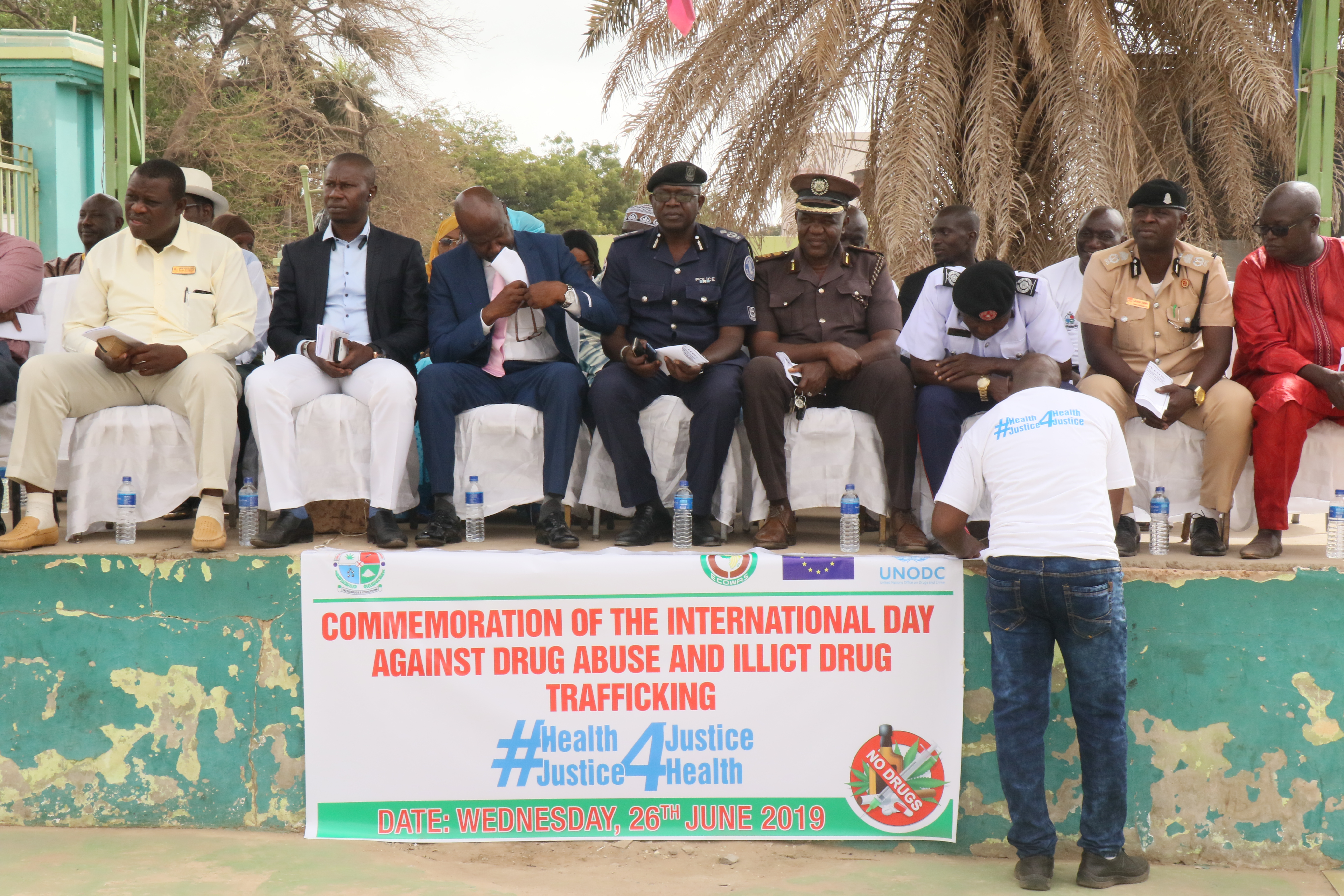 The Gambia on June 26, 2019, joined the international community to commemorate the international day against drug abuse, illicit drug trafficking and other related crimes. The day was set aside by United Nations General Assembly in December 1987.

The global theme for this year’s commemoration is health for justice and justice for health. But on the local front, the Drug Law Enforcement Agency The Gambia (DLEAG) and partners maintain the Listen First Campaign as the local theme.

In his address the deputy director of DLEAG, ALH. Tijan Bah said, since the launched of the ‘LISTEN FIRST’ campaign in 2016, DLEAG and partners have intensified their preventive demand reduction programs and activities targeting children and youths.  “We therefore decided to maintain LISTEN FIRST as the local theme for this year’s commemoration,” Bah said. He said maintaining this theme would continue to serve as a reminder that children and youths top the agency’s agenda noting that the youths and children are the most affected.

DLEAG deputy   director pointed out that drug use disorder is a threat to health and safety of individuals and communities. He said effective responses to illicit drug trafficking and abuse require inclusive and accountable institutions of criminal justice, health and social services.  “In addition, with concerted efforts of families, schools, and communities we can prevent young people from drug use and help them navigate life with strength and resilience,” Bah said.

He highlighted some of the achievements registered by the Agency namely, set up an epidemiological network among relevant stakeholders, formation of journalists network, commencement of the year-long Training of Trainers (ToT) program on the Universal Treatment Curriculum (UTC), launching of drug free clubs in schools across the country, to name but few.

Bah said, from 2015 to date more than 2000 people were nabbed for drug related offences. Some are as young as thirteen (13) years. He called on institutions, private individuals and entities to support youth’s groups involved in creating awareness on drugs and helps provide alternative livelihood and development for those affected.

Dembo  Kambi, the chairman for the National Youth Council said, the society actions and in actions against drugs would determine whether The Gambia would attain her obligations in the attainment of  the  Goal 16 of sustainable development Goals. Kambi call on the Government of The Gambia to increase investment in youths in order to realize drug free Gambia.

The ceremony was attended by service chiefs, diplomats, students and a cross section of civil society organizations.