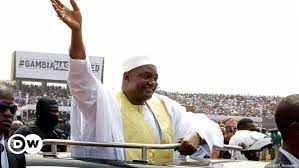 A 11 member panelists has been set up by the government of the Gambia to look into the recently alleged coup plot involving some members of the Gambia Armed Forces. The membership of the panelists was drawn from the Armed Forces, The Police, SIS, Office of National Security and Attorney General’s Chambers. Their mandate is to investigate and submit a report within a month.

Below is the press release from the Government.Banjul, The Gambia — Members of the public, the Diplomatic and Consular Corps are informed that The Gambia Government has today, Tuesday 27th December, 2022, inaugurated a “Joint Investigative Panel” to investigate the foiled coup plot against the legitimate Government of President Adama Barrow.

Consistent with the due process of the law, the 11-member Panel was sworn to an Oath of Secrecy administered by the Solicitor General, Ministry of Justice.

The investigators have thirty (30) days effective today to investigate, prepare and submit their report on the alleged coup plot.

The brief inauguration ceremony, chaired by the new National Security Adviser, Mr Abubakarr Suleiman Jeng was witnessed by the Chief of Defence Staff of The Gambia Armed Forces, The Inspector General of Police, the Director General of the State Intelligence Services and The Gambia Government Spokesperson & Presidential Diaspora Adviser.