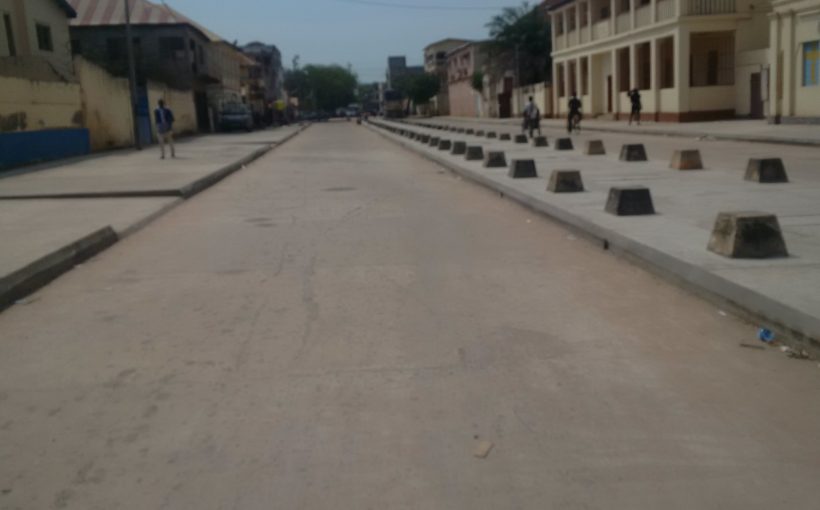 On Wednesday 25th November, 2020, H.E. President Adama Barrow, Rohey Malick Lowe ,the Mayor of Banjul, some Cabinet Ministers, including Bai Lamin Jobe, Minister for Transport, Works and Infrastructure, Secretary General and Head of Civil Service, accompanied by a large crowd from the Banjul community, including drummers and dancers,visited the ongoing works of the Banjul Rehabilitation Project.

In this interviewed, this is what   Bai Lamin Jobe, The Minister for Transport, Works and Infrastructure has to say about the Banjul rehabilitation project and the burning issues surrounding the project.

1. What were your impressions on the event?

My impressions were all positive and very reinforcing, to say the least. This was the third visit by H.E. the President to the Project site since the Project started in May 2019, and each time the crowd from the community has become larger and merrier. To me, these are signs of appreciation for the Project by the community, and of course by H.E. the President, not to mention the Mayor of Banjul, this time around. The Project is speaking for itself, loud and clear, and the Banjul community is listening and they are getting more and more appreciative.

The Project is important to the Government, simply because Banjul is the capital city,the main financial and commercial centre of the country, and the seat of the legislative, judiciary, and executive branches of Government; so Banjul is not only the face of the country, but also its nerve centre. The condition of the roads, drainage, and sewage system of Banjul by 2017 was deplorable, shameful, and outright dangerous, and this was as a result of neglect by two previous administrations, who over a period of over 50 years, misconceived that Banjul was not a priority in the country’s development agenda. And making matters worse, almost all the original settlers of the city emigrated to the Kombos, leaving behind properties in perpetual state of disrepair. The multiple ownership of such properties, by a generation from mainly polygamous families, prevented any possibility for further development, unless under rare circumstances when a property is sold. The present Government was concerned, and it came out with a completely different policy.  The idea was to fix quickly the city’s infrastructure, without much of the usual fanfare, the endless donor canvassing, or bureaucratic dilly dallying.  This was of course going to be controversial, but Government decided to let the results and impact of the Project to speak for itself.

I think there is no limit to what can be done for the city. We are contemplating of a Project to reclaim the Bund Polder, or the tanne, as it is commonly known. The tanne at the moment is a large inaccessible part of the city, subjected to both storm and tidal inundation, which can be controlled, and as a result the tanne made available for the expansion of the city. Also, there is a proposal to build a bridge between Banjul and Barra. The idea is supported by ECOWAS and the AU because it is consistent with a continent-wide initiative to build roads and bridges, criss-crossing the continent, so as to improve connectivity, which in turn would assure economic and social development in Africa. The Government is looking for partners to implement the Project.

3. Some critics described the Banjul Project as not so important, that the contract was not publicly tendered, and that the award of the Project contract to GAI Enterprise was not transparent. What are your answers to these criticisms?

I think the Project will eventually become one of the landmarks and legacy projects of this Government; it is true that it was not tendered the usual way, but all the processing and transactions leading to the selection of the local contractor, Gai Enterprise,were totally transparent and well documented. In addition, we made sure we appointed an independent international consultant (STUDI Int.) to supervise the works, and to provide all the necessary project administration, in order to assure value for money and to ensure documentation for posterity.

4. What do you think is the registered progress of the Banjul Project so far? Do you think the contractor will meet the deadline of 2022?The progress of the Project to date roughly, according to my reckoning, is about 50% completed. If the scope remains the same, there is no doubt it will be completed around May 2022. However, there is likelihood that the Project will be expanded to include additional streets and drains which were not covered in the original contract, but these are yet to be reviewed by Cabinet. 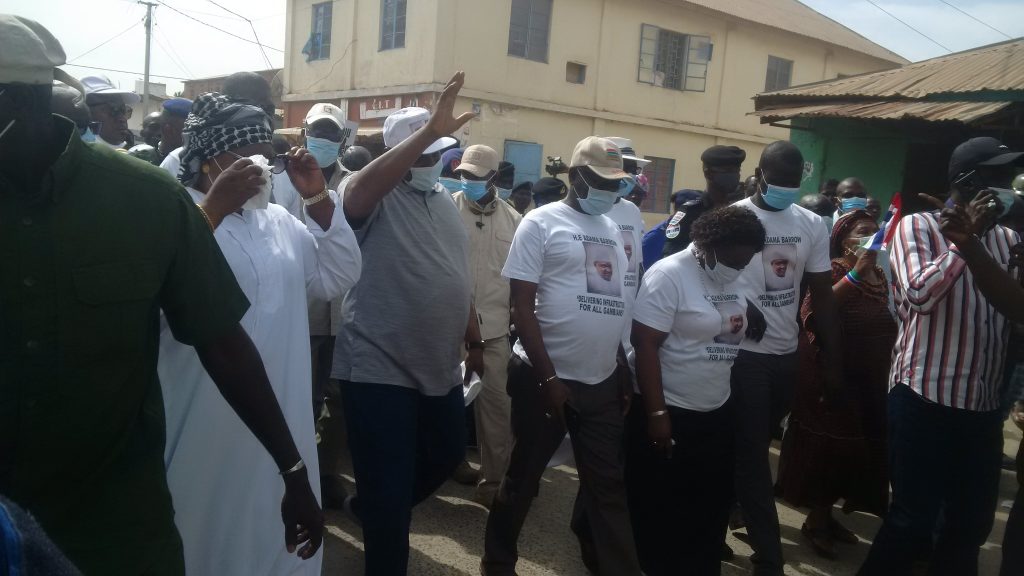 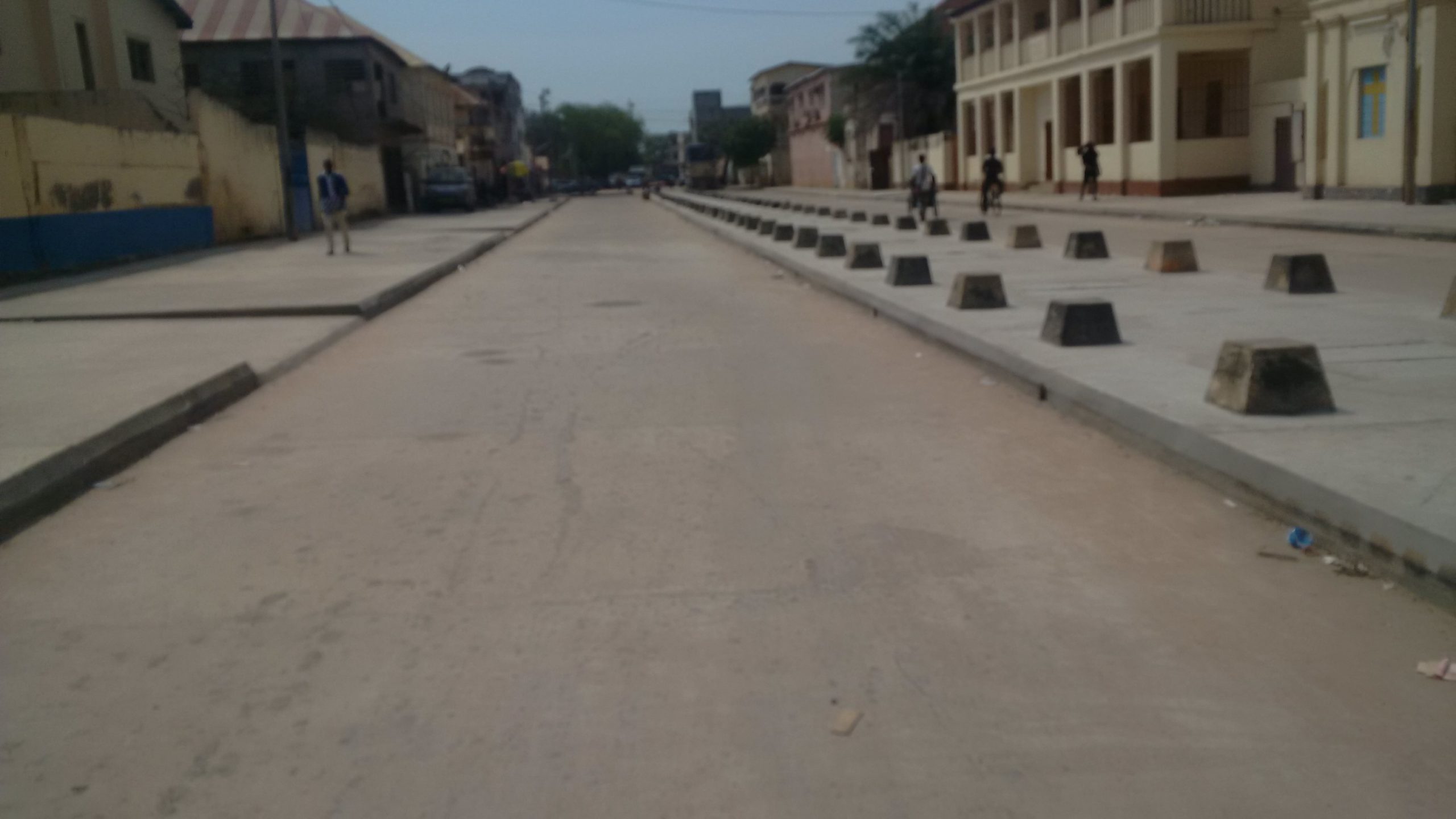 How would you describe the impact of the project on the lives of the people of Banjul, and the country at large?

Banjul, before the rainy season of 2019, was under extremely unsanitary conditions,which were life-threatening. The roads were generally in severe state of disrepair, the drainage network was blocked entirely by solid wastes, and the sewage network was oozing feces into the city drains and the Bund Polder. To us the work we started was far from being just cosmetic; it was to improve the environmental and health conditions for the city dwellers, in short to save lives. People who actually live in Banjul know this, and are very appreciative. The first thing they tell us when we asked is that the mosquitoes have reduced, and they can now sit outside of their dwellings. We know that the resident population of Banjul is no more than 30,000 by night time, but during the day this population surges to 60,000 or more, from the GBA mostly, but also from all Regions in the country. The Project, in this regard, is a national project.

6. Recently, Government launched certain major road projects using mainly local resources, so what do you think infrastructural development will look like in the country, going forward from 2021 on wards?

H.E. the President is championing a major paradigm shift in our approach toward infrastructure development, especially roads and bridges which are critical to the socioeconomic well being of Gambians, especially our poor and struggling population, across the length and breadth of this country. The Ministry of Transport, Works & Infrastructure and Ministry of Finance and Economic Affairs are at the forefront of this initiative: to mobilise local resources, and to quickly implement projects which can have major impact in the country’s socio-economic environment, especially in the Regions. The Banjul Project was the pilot, which has now triggered other projects in the Hakalang, Saloum, Nianija, Niani, and Kiang Districts. We are going to see a lot of activities in infrastructure development henceforth, especially given the resounding support from National Assembly members in this venture in the 2021 Budget. I think this has been long overdue. I also think this is what was meant by tesito, and that finally, we are now serious about the concept.