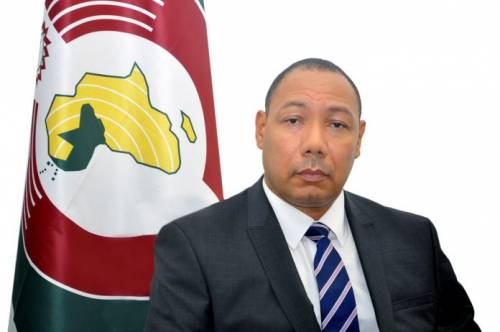 Exiled dictator Yahya  Jammeh once sent his killer squad known as the ‘Jungullers’ to assault his former Junta Vice-Chairman and one time loyalist, ex-Captain Edward Singhateh, The Trumpet Newspaper has reliably learnt from sources close to the Singhateh family. Edward was said to have sustained injuries and left with a swollen hand during the scuffle with his attackers.

According to our sources, Jammeh was mad with Edu for reasons best known to him. But the insider believes Edu was acting in town as an ‘untouchable’ which made Jammeh furious with him and decided to teach him a bitter lesson by sending his thugs to assault him.

Our sources further stated that the said attack happened at the Singhateh residence in Brusubi at night. The attackers were said to have followed and traced Edu to his home before attacking him later in the night. Sources added that the unidentified men knocked on his gate and upon opening, he was rushed and engaged in a physical fight.

Sources further alleged that his attackers started assaulting him with blows and objects before he had time to fight back. The Sources added that Singhateh sustained bruises on his body and was left with a swollen hand and muscles grip.