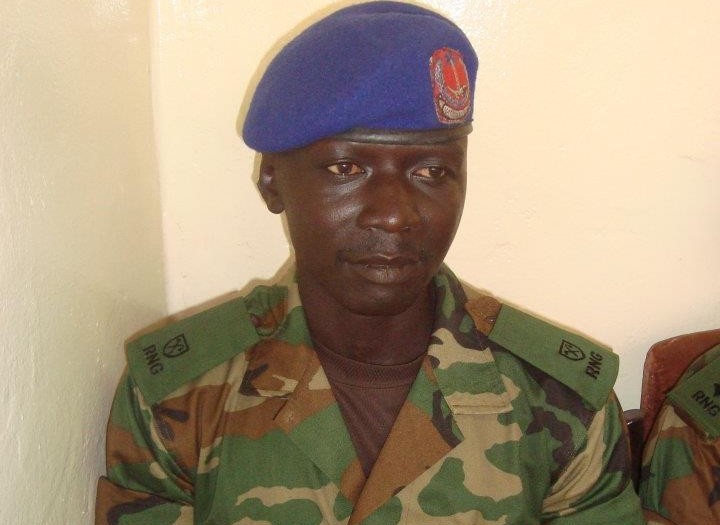 Information gathered by Trumpet newspaper from reliable sources within the corridors of former President Yahya Jammeh, has it that his killer Squad known as the Jungullers in an operation planned and headed by Lieutenant Colonel Solo Bojang and Major Sanna Manjang were involved in the gruesome murder of Mr. Tembeh Manga, a native of Kanfenda Village in Foni.

It could be recalled that sometime in mid 2009, Tembeh Manga’s dead body was found on the sidewalk of the South Bank Highway between Kanfenda and Sangajor. The said incident happened at the tail end of the ignoble so call witch craft hunting ordered by Yahya Jammeh and was been enforced by his security forces headed by Solo Bojang.

The dead body, according to eye witnesses was bleeding profusely from the back of the head in which appeared to be like a big fracture. Mr. Manga’s bicycle was found lying next to his dead body.

Sources said Tembeh was accused by Yahya Jammeh of been a wizard and therefore ordered his assassin team to liquidate him.

Other sources said Jammeh has no hand and has no idea as to how Mr. Manga died but all suspecting fingers are pointed at his two most senior killers Lt. Col. Solo Bojang and Major Sanna Manjang.

It was said that few days before his murder, Yahya Jammeh had a discussion with Tembeh at Kanfenda junction and Jammeh promised him of a favour he asked for. It was believed that Tembeh asked Jammeh for some corrugated sheet to roof his newly build house before the raining season starts.

Sources indicated that Jammeh gave D20, 000 to Solo Bojang and Sanna Manjang to give it to Tembeh Manga and the duo use the money for their personal gains. They then decided to get rid of him before it became known to Jammeh that they did not give the money to him.

The duo, Solo and Manjang, hatched a plan and lured Manga to meet them at the outskirts of his Village on the way to Sangajor where they laid an ambush for him and smashed his back skull with a hard object leading to his death. The incident appears like he was involved in a motor accident, but onlookers who were present at the scene said his bicycle was not damage thus creating more rooms for a foul play.

The body was later found by a passerby who reported the matter to Kanfenda security check point. Manga was buried without any investigation into the cause of his death.