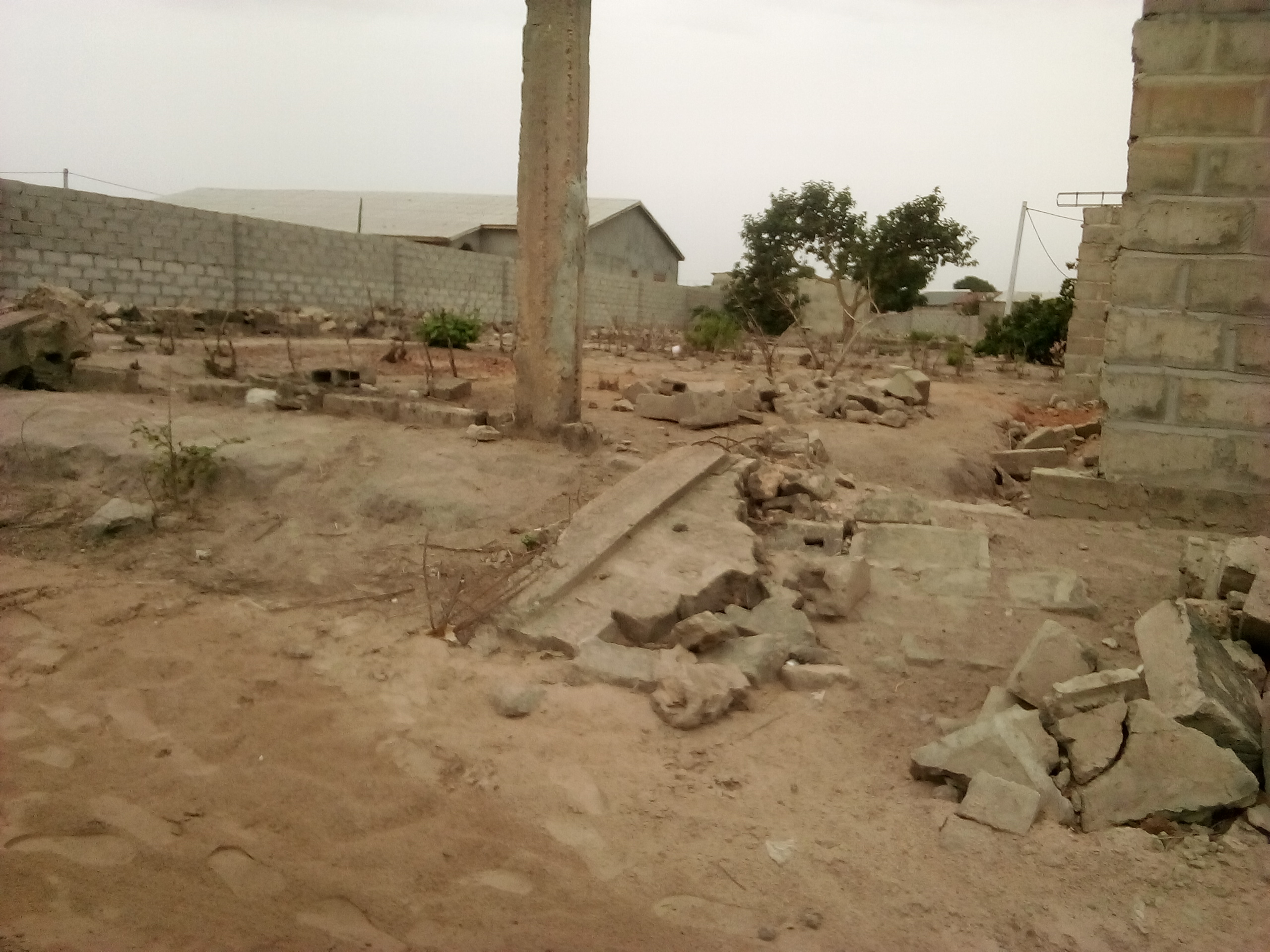 Mr. Ousman S. Jarjusey, the former Lands official and now freelance independent land surveyor who was assigned by the Police to investigate the dimension of a leased land owned by Jobe Kunda family of Serrekunda, located at Tawto-Daru settlement within the farmlands of Busumbala Jatta Kunda, has concluded that there were defects concerning the demarcation of the 30 percent supposely owned by Jobens and the 70 percent by Social Security and Housing Finance Corporation (SSHFC).
The said land was leased by the Jobens from Busumbala Jatta Kunda for Agricultural purposes back in 1998 and in 2007 they decided to turn it into residential purposes. As a result, according to the government rules, the state is entitled to possess 70 percent of the said leasehold and remaining 30 percent for the Jobens.
However, from 2017 to date, the Jatta Kunda family and Jobens are in a blockhead concerning the dimension of the leased agreement.
There were clashes between the two sides which prompted the Police involvement and subsequently hired an independent surveyor to investigate the matter.
The surveyor Mr. Ousman S. Jarjusey was one of the signatories to the leasehold agreement in 1998 when he was an official of the lands department.
In his findings, Mr. Jarjusey indicated that after his field verification and checking the leased area, he observed that the leased area said to be 56.77 hectares is inaccurate and that the actual area is 49.270 hectares. He also noticed an additional area of 7.50 hectares and that the 70 percent of the leased area is 34.50 hectares and 30 percent is 14.785 hectares.
Jarjusey stated in his findings that the newly constructed Jambanjelly highway has reduced the leased area by 2.50 hectares and a small portion of the 30 percent was not taken by SSHFC, but instead by the Jobe Kunda family.
The private surveyor also found out that the northern area of the leased was demolished by the Jobe kunda family even though that area is not part of the leased and that the leased boundary is not equal according to the developments by SSHFC and Jobe Kunda.
Jarjusey concluded that the general area of the leased land is not well identified by either Jobe kunda or SSHFC and that an extra land was taken outside the leased and how that area was obtained is the subject of contention. He concluded that the development and claims on the ground far exceeds the leased boundary and the reasons for that should be looked into.
However, Jarjusey recommended that errors were made by people in government employment and that an independent surveyor should be hired to re-demarcate the 70 and 30 percent of the said leased land. That if it is discovered, after the re-demarcation that more than 30 percent of the lease was given to Jobe kunda the difference should be given back to the Jatta Kunda clan. That the people whose properties were demolished and were not part of the leased be given back their land and compensated accordingly. That a task force be instituted comprising of officials from Local Government Ministry, Jobe kunda, traditional owners and the Police.
In a conversation with the Trumpet Newspaper, Mr. Ousman S. Jarjusey said he is very conversant with the said land in question and that he was the acting Director of lands at the time the leased was agreed between the two families. He was signatory to the agreement and knows where the leased starts and ends. With an experience of twenty eight years till his resignation in 2001, freelance surveyor Jarjusey said in 1998, he was acting Director of lands and survey and knows the matter at hand.
“I am not only familiar with the said area, I am very versatile in issues concerning Department of Lands and survey and this matter happened in my presence”.
He confirmed that he was assigned by the Police to survey the said land and a report was submitted to them.