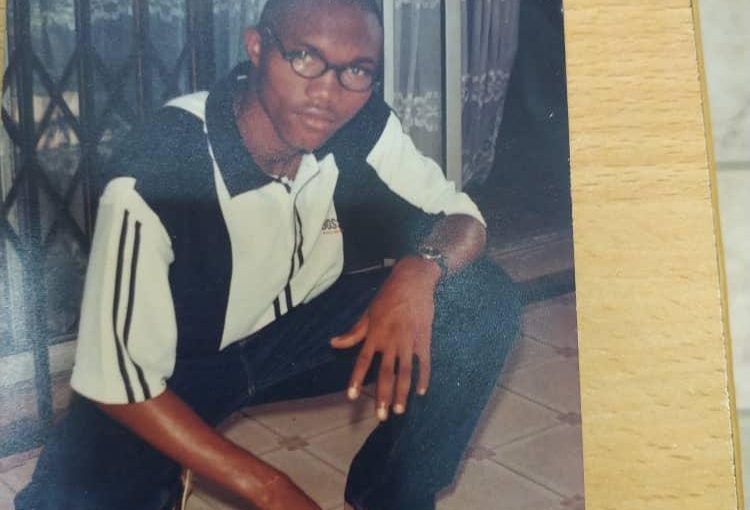 A Nigerian man Mr. Kehinde Enagameh  whose brother was among about 59 West African migrants killed in Gambia in 2005 by a paramilitary unit controlled by then-president Yahya Jammeh, told Gambia’s Truth, Reconciliation, and Reparations Commission (TRRC) on March 2, 2021 that he wants to see those responsible brought to justice. Gambian and international human rights groups have been monitoring the commission hearings, which began in January 2019.
Kehinde Enagameh testified that his brother, Paul Omozemoje Enagameh, then 28, was found to be missing in 2005 while seeking to migrate to Europe. Kehinde Enagameh later learned from a friend that Gambian authorities had arrested and killed his brother. But for many years he was unable to learn any more, until the killing of the migrants received international attention in recent years.
“Since my brother went missing 15 years ago, we have been searching for the truth about what happened to him. It’s been painful and traumatic for the whole family,” Kehinde Enagameh said. “I want Yahya Jammeh and those involved in my brother’s killing to be brought to justice.”
Paul Enagameh was one of nine Nigerians killed in the massacre, according to a 2008 report by the Nigerian High Commission in Gambia. Most of the other Nigerian victims have not been identified.
In addition to the Nigerians, about 44 Ghanaians, and nationals of Congo, Côte d’Ivoire, Gambia, Liberia, Senegal, Sierra Leone, and Togo are believed to have been killed over several days in July 2005. On February 25, a former senior officer of Gambia’s National Intelligence Agency testifying at the truth commission presented a list of 51 migrants who had been arrested, the first time that an official list of the arrested migrants has been produced. That list, which includes a “John Amase” from Nigeria, was apparently compiled after eight other migrants, including several Nigerians, had already been killed.
A 2018 report by Human Rights Watch and TRIAL International, based on interviews with 30 former Jammeh-era officials, found that Jammeh’s closest associates in the army, the navy, and the police detained the migrants. Then the “Junglers,” a unit of Gambian soldiers operating under Jammeh’s orders, summarily executed them. In July 2019, three former Junglers testified publicly before the truth commission that they and 12 other Junglers had carried out the killings on Jammeh’s orders. One of the officers, Omar Jallow, recalled that the operation’s leader told the men that “ the order from Jammeh is that they are all to be executed.”
Previous official attempts to investigate the massacre have been stymied or flawed. Ghana attempted to investigate the killings in 2005 and 2006, but was blocked by the then-Jammeh government. In 2008, the United Nations and the Economic Community of West African States (ECOWAS) formed a joint investigative team, which produced a report in April 2009 that was said to have concluded that the Gambian government was not “directly or indirectly complicit” in the deaths and enforced disappearances. It blamed “rogue” elements in Gambia’s security services “acting on their own” for the massacre. The UN/ECOWAS report has never been made public, however, despite repeated requests by the victims and by five UN human rights experts.
The Gambian truth commission has also heard testimony that former president Jammeh participated in the rape and sexual assault of women brought to him, forced HIV-positive Gambians to give up their medicine and put themselves in his personal care, and was responsible for ordering the killing and torture of political opponents and “witch hunts” in which hundreds of women were arbitrarily detained.
Human rights groups said that the hearings highlight the need for a criminal investigation and appropriate prosecutions of Jammeh and others who bear the greatest responsibility for the serious crimes committed by his government. Jammeh has lived in exile in Equatorial Guinea since his departure from Gambia in January 2017.
“We are going to locate the family of John Amase, whose identity has just been disclosed for the first time at the TRRC, and we will search for the identity of the remaining seven Nigerian migrants,” said Femi Falana, senior advocate of Nigeria, who represents the Enagameh family. “Yahya Jammeh may now be ensconced in Equatorial Guinea but sooner or later he is going to be held accountable.”