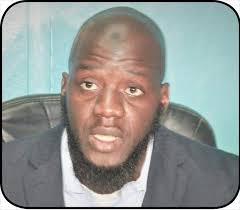 Operatives of the Drug Law Enforcement Agency the Gambia (DLEAG) have impounded a diplomatic vehicle accredited to the Gambia and arrested two individuals for being in possession of five pellets of cocaine. The two individuals Roger Te a Guinea Bissau national residing at Latri kunda Sabiji  and Alieu Bah, a Gambian national residing at Sukuta. And the arrest was made in Manjai Kunda. The two suspects are currently under the custody of the narcotic officers as investigation into the matter continues.

Confirming the story the spokesperson for DLEAG, Ousman Saidybah said on the 20th April 2019 operatives conducted a covert operation that resulted in the arrest of the suspects. According to the PRO the two suspected pellets of cocaine were recovered from the suspects and the other three pellets were recovered from the boot of the Diplomatic vehicle accredited to the Gambia. However, the DLEAG PRO said he could not disclosed which country the diplomat vehicle belongs to as investigation into the matter is still on-going.

In a separate development, five Gambians were also arrested in diverse places within the Kanifing Municipality with over fifteen (15) big bundles of suspected cannabis sativa. And they are currently in the custody of the investigation team.

The DLEAG PRO used the opportunity to call for the continued public support in the crusade against illicit drugs in the country. ‘As far as the agency is concerned…,no one is above the law. If we receive reliable intelligence that you are involved in drug trafficking, irrespective of the position or portfolio you hold, we will enforce the dictates of the Drug Control Act without fear, favour or malice’ the PRO said. He pointed out that officers cannot be everywhere and at every time therefore call on the public to report suspected individuals or activities to law enforcement officers.