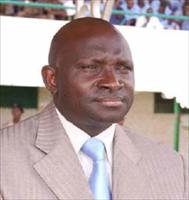 The Federal Criminal Court of Complaints of Switzerland (TPF), under the preventive detention act has extended the detention of Mr. Ousman Sonko, the former Interior Minister of the Gambia, until 25 January 2020. The Gambian politician has been under detention in Switzerland since late January 2017, for suspicion of crime against humanity committed in the West African nation.

According to the Swiss Court of Criminal Complaints the suspicion against Sonko have strengthen and that he faces a minimum prison sentence of five years.

The former Minister has been in preventive detention for two and half years. But given the complexity of the case and the international nature of the investigation, the Judges deem it necessary to justified the extension of his detention.

Ousman Sonko was arrested on 25 January 2017 in Lysse (BE), in a transit centre where he resides as an asylum seeker following a complaint by ‘Trial International’, a Geneva based NGO that deals with impunity and crimes against humanity. He is accused of been responsible for acts of torture committed by Police and Prison staff under him or by groups linked to him under Yahya Jammeh.