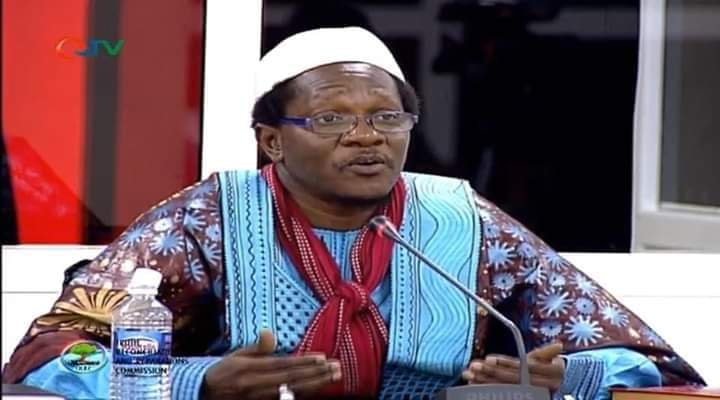 Two onetime senior officers of the defunct National Intelligence Agency (NIA), has dismissed the claims made by the former Military Junta deputy leader Captain Sanna B. Sabally that he Sanna had found inside the map pocket of late Lieutenant Basirou Barrow a ‘death list’ that contains the names of junta leaders, Army commander and their families that were marked for death by execution at a firing range by the 11 November 1994 coup plotters said to be led by Basirou Barrow.

The two senior retired officers said such list never existed and that it was a lie that the list was given to their late colleague Daba Marenah.

Sanna Sabally was given evidence at the Truth, Reconciliation and Reparations Commission on Wednesday 24 April , in which he justified the killing of almost a dozen officers and soldiers of the Gambia National Army that were suspected of taking part in plotting against the junta.

One of the officers who said had served at different sections of the Gambia Police Force before transferred to NIA said there is no iota of truth in the evidence of Sabally that Basirou Barrow and his late colleagues planned to execute him, Yahya Jammeh, Edward Singhateh, Sadibou Hydara, Yankuba Touray, Baboucarr Jatta, their body guards and immediate family members. He described the claims as totally unfounded and no such document was given to his deceased colleague.

The retired officer with grey hair said he posted Daba Marenah as NIA attaché to State House and Daba was directly working under him. He indicated that at no point in time did Daba told him or any other senior NIA officer about the November 11, 1994 ‘death list’ as claimed by Sanna Sabally. The angry looking old man said with seriousness ‘’look if there was such list I don’t see no reason we senior officers would not have seen it from our colleague’’. He alleged that Sanna Sabally was cooking up a case to justify his brutal actions.

Another retired officer said the late Daba Marenah worked under him so whatever he Daba was investigating must report back to him. He brushes aside Sanna’s claim that the list was given to Daba Marenah for NIA to investigate the matter. He stated that as far 11-11- 1994 was concern the NIA were never asked to involve in the investigation. He asked, ‘’who were we going to investigate, ah, dead bodies’’? He added that they the junta members had decided to deal with the November 11 case in their own way without involving the NIA. He said Sanna Sabally, Yahya Jammeh or Edward Singhateh cannot make people believe in such horrendous lies just to cover their extra judicial execution of unarmed soldiers. He indicated that TRCC should not be use as a platform to show bravado without remorse to justify the unjust.

The old man pointed out that throughout the testimony of Sabally he does not show remorse, sympathy or regret of his actions of executing unarmed enemies, but could shade crocodile tears when narrating his ordeal in the hands of his torturers. He challenge those that classified Sanna as a brave and truthful person, but instead a coward who killed opponents that pose no threat to him and justifying it by inventing an unfounded ‘death list’.