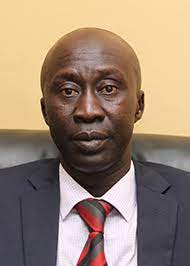 Reliable but unofficially confirmed information monitored by Trumpet Newspaper within the corridors of Gambia Ports Authority (GPA), has it that a likely standoff between the foreign transit importers of goods via Gambia ports for onward transit to their final destinations. These merchants locally known as “localiter” are currently on a lock head with the management of the ports on the issue of handling over transit goods storage to Hadim Gai, a businessman and Chief Executive Officer of GAI Enterprise Marine and Civil Engineering  Construction Company.

According to insiders at the ports, the management took the decision out of the blue to hand over all offloading, loading and storage of transit goods to Mr. Gai who has a dry port (warehouse) along bond road.

Sources inform Trumpet that the charges of transit goods per night is to be triple by Mr. Gai causing an uproar within the business entity who also threatens to divert their shipments to Senegal if Mr. Gai increases the charges as planned.

These transit goods are brought into the country for onward transit to neighbouring countries of Guinea-Bissau, Conakry, Mali and Southern Senegal.

GAI enterprise, which has a huge dry port at Bond road, according to an insider intended to increased the storage charges per forty foot container to D4, 500 per night which triples the current price.

A concern Gambian within the ports laments how sad it is for one person to be running and managing everything at a State company like his own enterprise and can double up prices to his advantage.

“Gai owns almost all the trucks at the port and if this contract is given to him, he will be responsible for loading and offloading all the transit containers and the storage system be moved to his warehouse”, said an insider.

Another one said, “the Gai dry port is located on a land officially own by ports according to the ports act. But we don’t know how Hadim Gai happened to own that land now. Though, he has been using the place since Jammeh’s time, but officially lands within the bond road side next to river are owned by the ports. Mr. Gai used to brag about owning that land as his personally property, but some believe it was rented or leased to him by the ports”.

Mr. HadIM Gai is said to very close to the corridors of power thus enabling him to win most of the major State construction contracts due to his connections at the State House in Banjul.

Editors’ Note: Since last week several efforts were made to reach out to GAI Construction but to no avail.