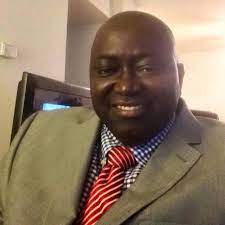 ‘Pa Nderry Mbai’ is a name that will continue to live long with Gambians. For both good and bad. There is no doubt that in the history of the fight against the APRC Tyranny led by one Yaya Jammeh, the man, Pa Nderry Mbai shall be recorded as a pioneering and formable force. Established in 2005/06, his newspaper, Freedom Newspaper became synonymous with the struggle against that evil dictatorship (not that there is any good dictatorship!). Yet to many other Gambians, Pa Nderry Mbai ignites anger and despise, thus reflecting the rather controversial character of this prominent son of the land.

History has shown that in almost every society under colonialism, authoritarian rule or foreign occupation, the resistance would always create media outlets to confront the regime. In the case of the Gambia under the APRC Tyranny, that premier voice of resistance was the Freedom Newspaper. Pa Nderry’s Freedom Newspaper emerged when the Internet was still young and even younger was social media which meant not many Gambians had access to them. Most of the resistance to the Dictatorship then was through email listservs and the most popular was the Gambia-L.

With the emergence of Freedom Newspaper came the spectacle of Gambian online media becoming the primary weapon against the Dictatorship which was also at its most gruesome stage. As opportunity presents itself in many strange ways, the growth of Freedom Newspaper was the convergence between the Internet and the Dictatorship, which had suppressed the local media and journalists so much so that many practitioners were fleeing the country. The closed environment in the Gambia meant Pa had a good and steady supply of information from within the country hence became a major source of alternative news, albeit a more credible source for an oppressed citizenry.

In fact, at the initial stages, Pa had a character called ‘Bulfalleh’ as an anonymous informant right from inside the State House. Indeed no one had any reason to doubt that Bulfalleh was an actual official in the corridors of power who was providing him the inside workings of the Dictatorship’s inner circle. In addition to Bulfalleh, a column called ‘The Bite’ was created that also focused heavily on severely exposing, criticising and ridiculing the Tinpot Dictator. There was no doubt that this infuriated Jammeh so much so that every attempt was made to neutralise the publication.

Luck eventually came on their way when Freedom was successfully hacked in 2006 leading to the arrest of so many people who subscribed to the newspaper, with many severely tortured. Thus, the role and contribution of Freedom Newspaper in the fight against Dictatorship was invaluable. It was Freedom Newspaper that first disclosed the killing of the nine inmates at Mile Two, among many other ‘Breaking News’ stories, which was his mantra.

The impact of Freedom Newspaper was so pervasive that it became synonymous with everything that was opposite the Tyranny. Every morning, all Gambians of all walks of life would begin and end their day by first reading and listening to Freedom Newspaper and online radio. It was common to hear folks quietly sharing and asking, ‘What did Freedom say?’ It was believed that even Yaya Jammeh and his ministers also religiously go to Freedom Newspaper every day just to know what was happening. No doubt that the regime attempted every means to block its website thereby making citizens to also seek ways and means of accessing Freedom through other means.

Freedom Newspaper was one time that major tool through which Gambians knew what was happening in this country. It gave a platform to many voices in exposing corruption, abuse of power and violations of human rights. Thanks to Freedom Newspaper, Gambians began to know the real truth about the Yaya Jammeh Tyranny. As someone rightly said, Freedom Newspaper was our first ‘TRRC’ as it exposed many gruesome atrocities and plunder of the APRC Regime that came to be re-echoed at the TRRC. All of this achievement was thanks to the tenacity and patriotism of Pa Nderry Mbai.

Thanks to Freedom Newspaper, Jammeh was demystified, overpowered and contained and he could not do anything about it. The fact that at one point he had to parade Pa’s parents on national television to force them to ridicule and embarrass their own son demonstrated the power and impact of Freedom Newspaper on the Tyrant. It showed that indeed Jammeh was severely cornered and desperate that he had to find the most cowardly and immoral means to attempt humiliating and silencing Pa Nderry Mbai but to no avail. Thus, as we bid farewell to Pa Nderry Mbai, it is important to recognise his sterling contribution to the fight against tyranny in the Gambia.

As it is said that no person is perfect, the story of Pa cannot be complete without also highlighting the excesses of Freedom Newspaper on Gambian society. Therefore, in celebrating Pa Nderry Mbai, it behoves on us to also appreciate the fact that there was collateral damage as a result of his rather unorthodox and aggressive reporting style. His insatiable appetite in getting news driven by his determination to expose the Dictator and his regime, Pa also stepped on toes, intentionally or unintentionally by publishing misleading and sometimes malicious reports about individuals, businesses, organisation and communities.

In fact, due to his sometimes extreme methods of investigative journalism and reportage, many professional and personal relationships such as marriages got broken, businesses were affected, innocent people got arrested or dismissed while others had to flee the country for fear of life. Concern and anger at his manner of journalism became so concerning that at one point there was even at least one attempt at an online petition to close down Freedom Newspaper. For that matter, many had also developed intense opposition and hatred for him and his newspaper. Thus, as much as he had fans, he had also loads of enemies who felt severely misrepresented and endangered by his reporting.

It is sad indeed that Pa had to remain in the United States forever and never to come back to Mother Gambia after his unfaltering fight to bring about political change and democracy to his beloved country. Pa’s work bears many lessons for young journalists to study and learn from. I do not know who his next of kin is, but together with the Gambia Press Union and other media houses and journalists, they should endeavour to preserve the existence of Freedom Newspaper.

At its best, I consider Freedom Newspaper a national institution and asset – a best practice for all oppressed peoples of the world to emulate in confronting and resisting oppression of any kind. Freedom Newspaper has a mountain of information on the Dictatorship and other aspects of the Gambia which need to be documented and archived. Pa should be remembered as one Gambian of a kind who has given voice to many victims as well as perpetrators and freedom fighters that needs to be archived for posterity. Adieu Pa Nderry Mbai.