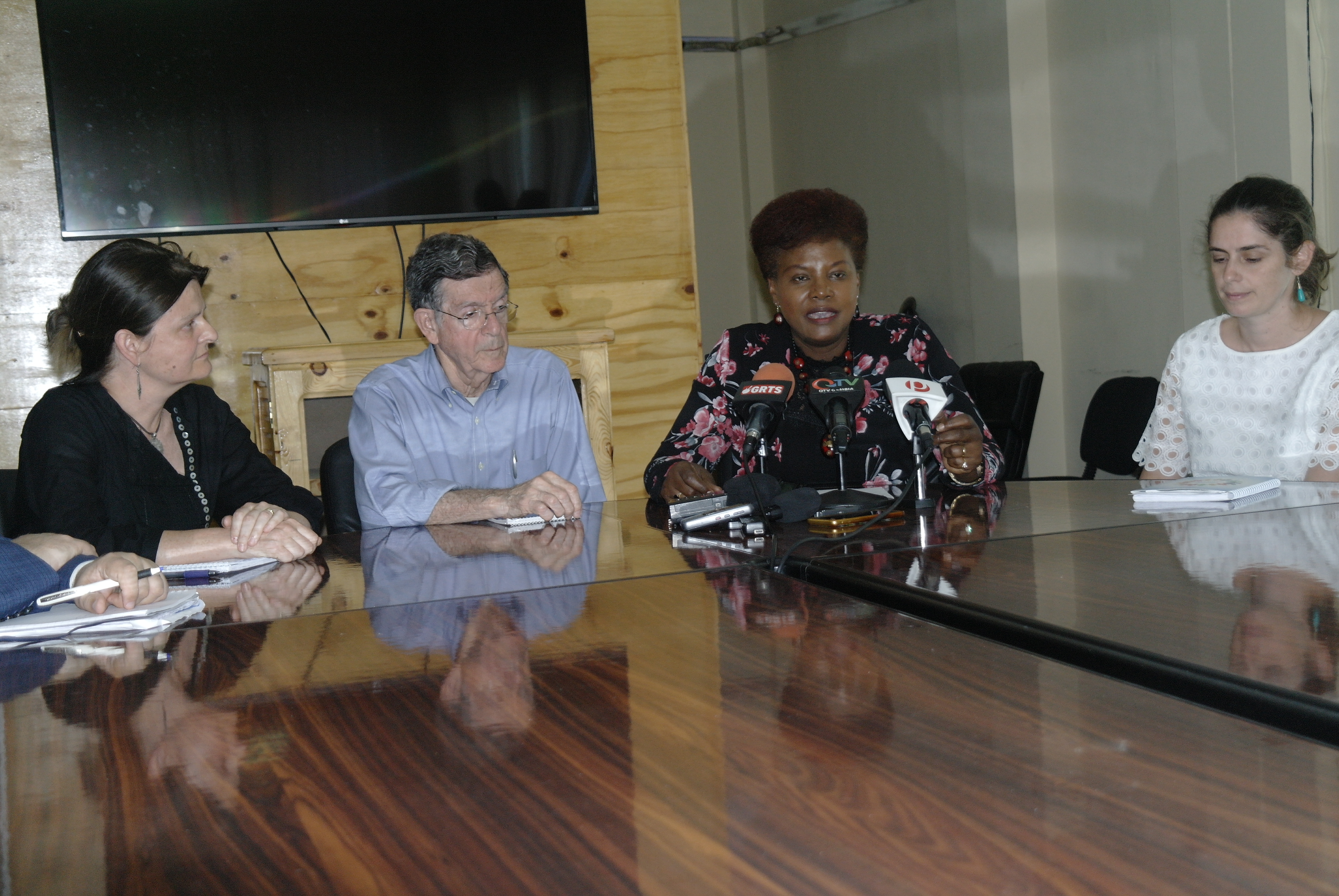 The United Nation Peace Building Fund Donors Mission team who arrived in the Gambia for a visit and meet stakeholders has expressed satisfaction with the state of affairs and progress made by different stakeholders.

In a press briefing on Friday 31 May 2019 at the UN house in Cape Point, Bakau the UN Resident Coordinator in The Gambia Ms Seraphine Wakana said the donors mission team is very impressed with the level   of progress made by various commissions and other sectors in the country. She said the team had the opportunity also to meet with different actors in peace building in the country.

Responding to question put to her by journalists about the three year transitional government the coalition had agreed upon, if the mission team had the opportunity to discussion that with stakeholders, Ms Wakana said the UN Peace Building team’s responsibility is to support peace process in the country but the issue of three years or five year is for the people of the Gambia to decide for themselves.

The donors’ mission team is made up of experts from some of the main donors to the Peace Building Fund, Namely, Germany, UK, EU Canada, Japan, Ireland and Belgium. The team also includes Ambassador Gert Rosenthal of Guatemala a member of the Peace Building Fund Advisory Group and Jelena  Zelenovic the Program Officer and Focal Point for The Gambia at the UN Peace building Support Group in New York.

After the departure of former Gambian dictator Yahya Jammeh who ruled the country for almost 25 years with an iron fist, the UN deployed a high-level inter-agency mission to The Gambia. In consultation with President Barrow’s government, the mission assessed the main challenges to peace, development among other things and identified possible area of UN support based on the priorities of the government. And since then the Peace Building Fund continues to support various government programs for sustenance of peace and security in the country. And according to officcials this support from the UN Peace Building Fund will continue until 2021.