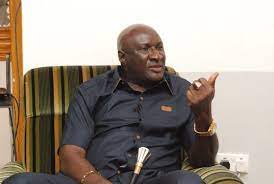 The land dispute between Jatta Kambi Kundaring family of Busumbala and Jobe Kunda family of Serrekunda has now shifted between the Jattas’ and their onetime Power of Attorney (Authority-POA) holder, Mr. Amadou Ceesay. The battle has currently intensify as the Jattas revoked the powers given to Ceesay and appointed two of family members to oversee all their land transactions, has also filed a case against Mr. Ceesay at a Land Commission set up at the office of the Governor of West Coast Region, chaired and presided over by Deputy Governor Musa Suso.

However, during investigation into the matter, Trumpet newspaper uncovered that the decision of the Commission was flawed by a serious mistake which has now created more bitter tension between the two parties than ever.

The deputy governor’s decision, referred to by the Jattas as very ‘unfortunate and malicious’ contains a very serious error which was never detected for more than a month and yet to be corrected until when detected by Trumpet newspaper.

Both Deputy Governor Musa Suso and the Commission’s Secretary former Parliamentarian of Foni Bondali Mr. Musa Badje confirmed to the Trumpet that there was a serious undetected mistake in the decision which they are yet to correct and communicate to the rightful authorities.

The decision which was passed on 16th March 2022 recognises the powers given to Mr. Ceesay by Jatta Kunda and upholds it until end of 2022, even though the Jattas has already revoked his powers since 22 April 2021.

The component of the Commission was Deputy Governor Musa Suso as Chair, Mr. Musa Badjie Secretary and three other respected tired civil servant or a community leader.

In an interview with Trumpet both Suso and Badjie admitted their mistake during the typing, editing and reading of the decision and assured they meant to state the end of “March 2022 and not end of 2022” as on the paper.

The report which was signed by Deputy Governor Suso was never copied or officially sent to the Ministry of Local Government and Lands, instead copied to the “Head Chief of Kombo North, Commissioner of Police WCR, S/O Latriya Police and Alkalo Busumbala ”.

In a chat with Permanent Secretary Ministry of Lands and Local Government, Mr. Buba Sanyang said he is aware of the decision made at the Governor’s level but is also aware that the decision is being challenged at another level.

“As far as we are concerned we will not give any clearance to any of these parties over any disputed area until the matter is solved”, said PS Sanyang.

A senior official of Physical Planning, who didn’t want to be named, also echoes the words of PS Sanyang that his office will not issue any clearance to Mr. Amadou Ceesay nor the Kambi Kundaring clan over the disputed area.

He made it clear that as of now the decision of the Commission is not binding as the matter is being challenged by the Jattas but adviced both parties to restrain from the disputed areas until the matter is solved by the right authorities.

According to the Kambi Kundaring Family, in March 2019, some of their elders gave a POA to Mr. Amadou Ceesay commonly known as “Oldy” but he abused the powers by selling dozens of plots of lands from their land when they were in dispute with Jobe Kunda family.

However Mr. Ceesay refuted the allegations and said he only acted on the powers given to him and all the land sales he does were known by the elders of Jatta Kunda and proceeds were given to them or used to pay legal fees during their four years legal battle with Jobe Kunda.

There are claims and counter claims from both sides accusing each other of double standard by selling one plot of land to different persons at a time which is now causing more tensions as buyers are now fighting over rightful ownership of the plot.