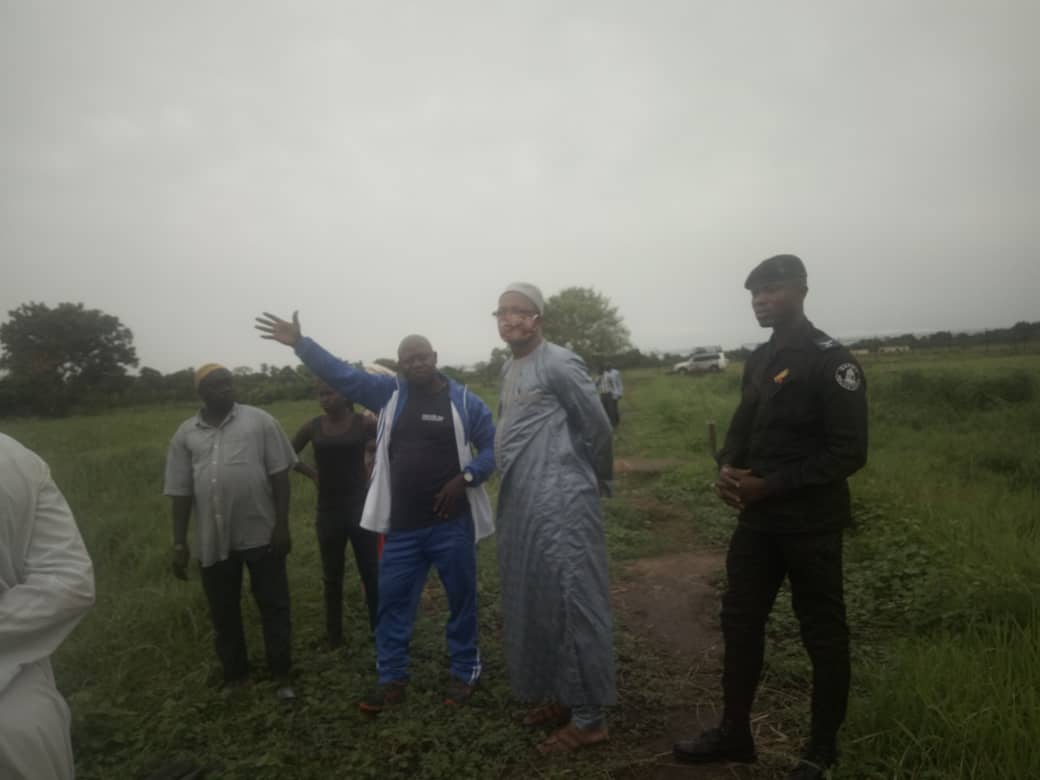 About a total of fifty (50) young persons are expected to benefit from rice agronomy training, to be initiated by the Ministry of Youth and Sports through its satellite institution, National Youth Service Scheme (NYSS).

The training will be delivered through a standard curriculum developed by National Agricultural Research Institute (NARI) and National Youth Service Scheme, and will be accredited by National Accreditation and Quality Assurance Authority.

Speaking during a site visit at Sapu Agricultural Camp in Central River Region South, Mr. Hadrammeh Sidibeh, Minister of Youth and Sports, described young people as the cream of the society, who need motivation and encouragement to grow.

He stated his Ministry’s vision to make sure young people are engaged in meaningful and sustainable development.

“We intend to minimise the rural-urban migration because if young people in the rural areas are not engaged, ultimately they would come to the urban areas to engage in irregular migration,” he explained.

The Youth and Sports Minister confirmed that the Ministry will be responsible for the up-keep and the tuition fees for the 50 would be beneficiaries.

He called on young people to venture into Agriculture to attain self-food sufficient for the nation.

Mr. Emmanuel Mendy, Executive Director of National Youth Service Scheme (NYSS) pointed out his office’s engagement in the process of training young people on rice agronomy production in Sapu for the past four years. These, he reveals is what motivated his office to inspire the line Ministry for an expansion of the project to a higher level.

“Young people should be responsible for the development of the country; it cannot move without the involvement of youth in agriculture,’’ he said.

Agriculture, he said, is a big employer and if young people are involved, it will help reduce youth unemployment in the country.

Momodou Sambou, the Station Manager at National Agricultural Research Institute in Sapu thanked NYSS through its line Ministry for reintroducing the project.

Other speakers were Haddy Joof and Borry Fatty, both NYSS recruits of 2000. They both called on young persons to venture into rice growing, encouraging them that all cannot work in an office.