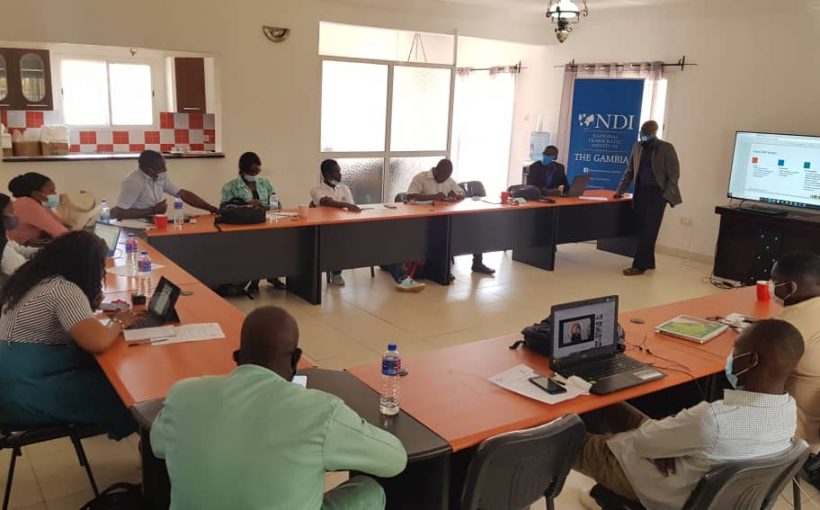 The National Democratic Institute (NDI) in partnership with Open Society Platform of the Gambia has organized a day Training on Open Government Partnership for Journalists and Media Practitioners.

The objectives of the training is to “Strengthen The Gambia’s media practitioners’ capacity to better understand open governance platforms, measures and techniques that promote inclusive, transparent and accountable governance in a democracy & the benefits for a country membership in the Open Government Partnership “
“To prepare The Gambia’s media practitioners to lead advocacy efforts for the enlistment of The Gambia in the Open Government Partnership platform (OGP)”

Mr. Abdoulie Jadama the Coordinator of Open Society Partnership the Gambia (OSPG) said the training was not new but an initiative to rebrand the objectives and aims of democratic process.

Mr. Ismaila Jarju of NDI said to strengthen Gambian democracy and good governance for the benefit of is to forge a good partnership with the media. The media he said can play a big role in the advocacy for open governance, accountability and transparency. He said that process cannot be achieved without the involvement of the media and access to information which will make the process to work effectively.

“Assets declaration of political and public officers should be access by the people more so by the media to inform the public”, Jarju said.  He stated that assets owned by the leaders before assuming government positions should be known to all for effective accountable anytime the person left office.

Mr. Jarju indicated that there is hindrance to access the asset declaration information due to the restrictions under the Ombudsman office.

The training was facilitated by Ya Sally Njie Program Officer of NDI and Mr. Abdoulie Jadama of OSPG.