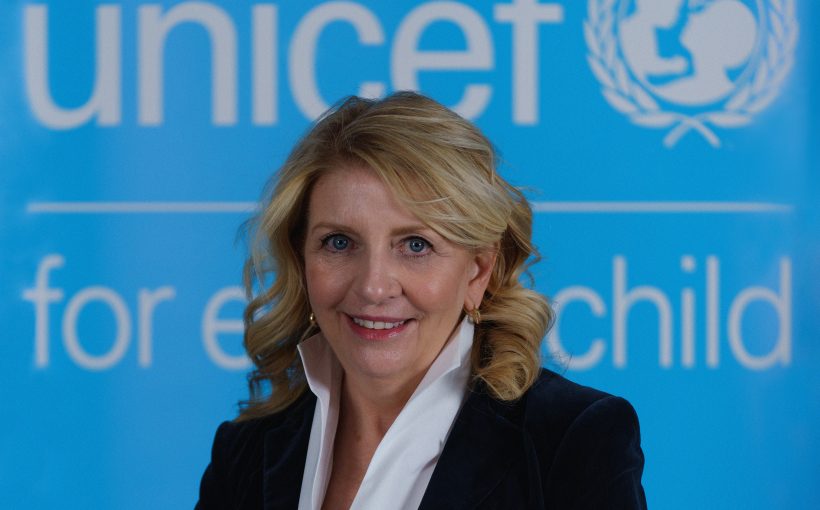 “It is an honor and a privilege to join UNICEF and help lead its remarkable work for children at such a crucial moment,” said Russell. “At a time when millions of children globally are still reeling from the impact of the COVID pandemic and other crises, UNICEF is leading the call to protect their rights and their futures. I look forward to the work ahead.”

From 2020 to 2022, Ms. Russell served in the US government as Assistant to the President and Director of the White House Office of Presidential Personnel. She previously served from 2013 to 2017 as Ambassador-at-Large for Global Women’s Issues at the U.S. Department of State. In that post, she integrated women’s issues across all elements of U.S. foreign policy, represented the United States in more than 45 countries, and worked with foreign governments, multilateral organizations and civil society. She was the principal architect of the ground-breaking “U.S. Global Strategy to Empower Adolescent Girls.”

Previously, Ms. Russell served as Deputy Assistant to the President at the White House under President Barack Obama, Senior Advisor on International Women’s Issues on the Senate Foreign Relations Committee, Associate Deputy Attorney General at the Department of Justice, and Staff Director of the Senate Judiciary Committee. Before re-entering government service in 2020, she taught at the Harvard Kennedy School as an Institute of Politics Fellow. She also served as the board co-chair of the Women’s Foreign Policy Group, as a board member of Women for Women International, as a member of the Sesame Street Advisory Board, as a member of the non-profit organization, KIVA Advisory Council, and as a member of the Thomson Reuters Foundation’s Trust Women initiative.

She is the eighth Executive Director to lead the 20,000-person-strong agency.

About UNICEF
UNICEF works in some of the world’s toughest places, to reach the world’s most disadvantaged children. Across more than 190 countries and territories, we work for every child, everywhere, to build a better world for everyone.

For more information about UNICEF and its work for children visit www.unicef.org