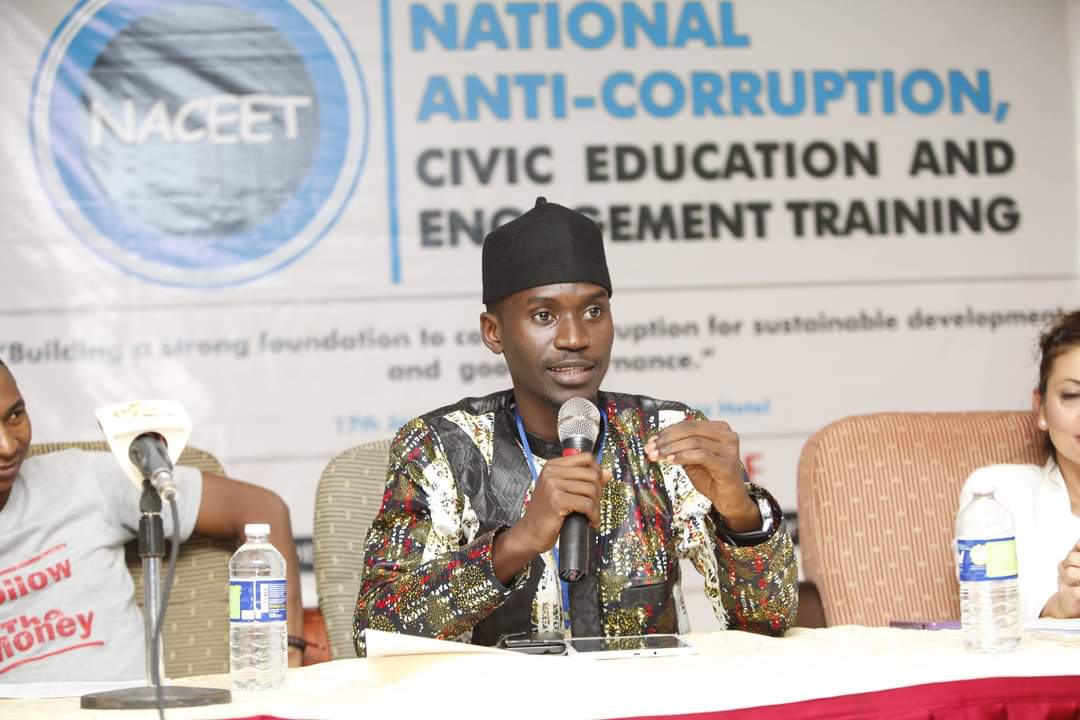 By: Alieu Jallow
Gambia Participates a civil society organization that focuses on strengthening transparency and accountability in public sector through youth lead approaches on Tuesday 25th and 26th August 2020 organised a virtual training for 40 young people across the nation to empower the next generation of Anti-Corruption champions activists.
The initiative known as NACEET (National anti-corruption civic education, engagement training is aimed at intensified efforts in fight against corruption in the Gambia in public sector and local authorities.
Speaking to this reporter, Marr Nyang, the Executive Director highlight the need to build the capacity of young people especially in combating corruption, a cancer deeply rooted in hearts and minds of many across the Gambia and Africa in general.
Nyang made reference of his organisation’s corruption report on the CoronaVirus funds where the government of the Gambia placed mispriority on the COVID 19 funds that were spent in hotel bills and cars.
Mr Nyang indicated that after a proper comparison of the expenditures from the ministry of health and finance, a whopping one million seventy three thousands, three hundred and sixty-four Dalasis is gone missing which none of the ministries could account for.
Marr is with believe with the tools shared with participants, they could create ambassadors of change in the society to fight against corruption.
The US Ambassador to the Gambia Carl Paschall said “Corruption undermines citizens confidence in the government” and the US government through it’s embassy in The Gambia will continue to support the Gambia government through it’s quest to good governance.
According to Organised Crime and Corruption Reporting Project and a co-author of “The Great Gambia Heist” report unravelled $975 millions that the Jammeh government looted from its citizens by undermining key sectorial development. Research have also shown that the Gambia only scofres 4 out of 100% in budget transparency thereby giving the citizen little or no access to how central government spends their resources.