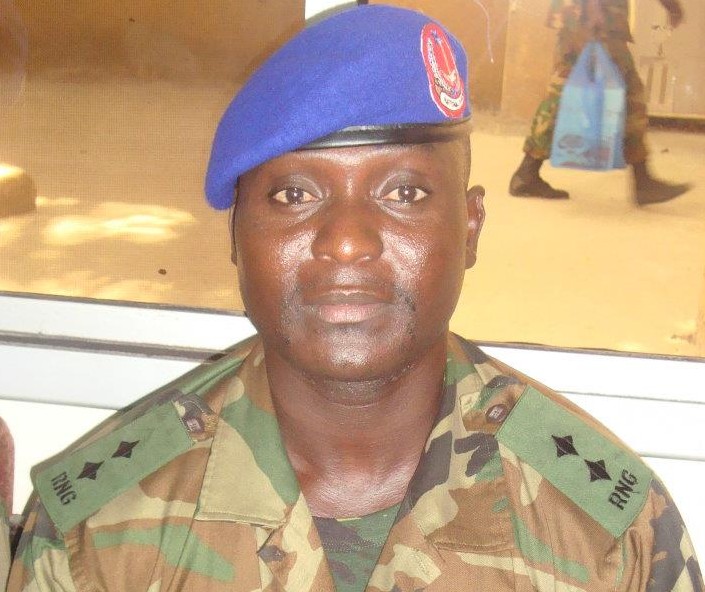 Credible information hinted to the Trumpet newspaper from United States of America has it that one of the most wanted assassins of former Dictator Yahya Jammeh has been arrested in the US city of Denver, sources close to US Embassy in Dakar can reveal.

Trumpet can authoritatively report that Lieutenant Michael Sang Correa, who has been living in the United States shortly before the fall of dictator Jammeh in December 2016, was arrested in Denver city.

Though the reason behind Correa’s arrested is not connected with the atrocities he committed in the Gambia, but instead in connection with violation of US Immigration laws. He was said to be arrested by US Homeland Security Investigators.

Lieutenant Micheal Correa is on the wanted list of the former assassin team of Jammeh known as the Jungullers and his name has been featured in almost all confessions by his former colleagues before the Truth, Reconciliation and Reparations Commission (TRRC).

Marion Volkmann, the Coordinator and Investigator of ‘Jammeh to Justice’ Campaign, confirmed the development. The news was relayed to her by US Embassy officials in Dakar, Senegal, earlier this morning. ‘It is a great step for the fight for justice and accountability’, Said Marion.

Lieutenant Michael Sang Correa, a well known junguller has been accused of involvement in assassinations, murder and extra judicial executions of Gambians and non Gambians on the orders of former president Yahya Jammeh. His name has featured before the ongoing TRRC for merciless killings of West African nationals in the Gambian and the gruesome murder of two Gambian-Americans Alagie Mamut Ceesay and Ebou Jobe in May 2013.