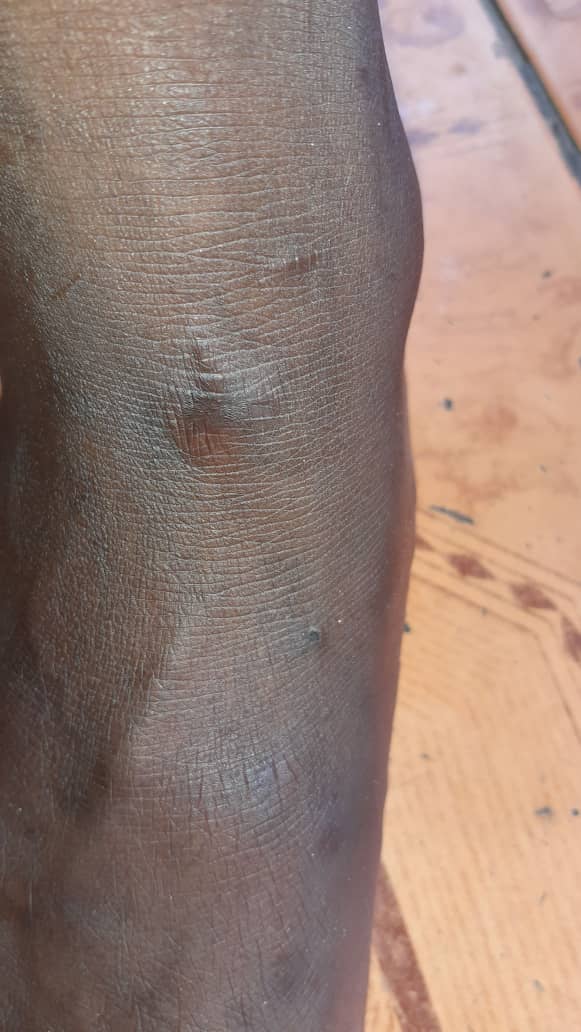 Trumpet Newspaper is reliably informed that a particular family, whose members were forcefully taken into qurantine against their will at one of the Coronavirus quarantine Centres, had been involved in a fracas with the Police which resulted in members of the family harshly manhandled. Some members of the family sustained bruises on their legs with a swollen ankle in the “qurantine centre melee”, which occured on Saturday, 11th April 2020, at Sun Beach Hotel, amid a crowd of onlookers, comprising quarantine persons. 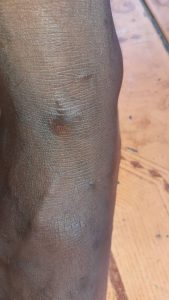 Confirmed sources reported that the fracas was as a result of a senior female member of the family refusing to be taken to the “Treatment Centre” at the Sanatorium in Banjul. The lady, they indicated, was always adamant that she and her family are well and none of them is infected with the virus. That only because their father came from France two weeks before the Gambia closed her borders, he was picked up from his home and taken to the centre with his entire extended family.

After the incubation period of the two weeks, according to our medical sources, the man tested positive and he was transferred to the Sanatorium in Banjul, few days later his wife too tested positive, but she refused to join her husband at the treatment centre.

However, close family sources confirmed that the incident did happen and three members of their family were assaulted by the Police guarding the centre at Sun Beach Hotel. Family sources said none of their relatives were sick but because of the way and manner their family head was constantly harassed and bullied via telephone calls by officials of medical and health prompted his blood pressure to rise than usual.

The sources continued that the man was constantly called and asked for directions to his home which he gave to the callers without knowing they were medical officials. He thought the callers were relatives of persons who gave him gifts and presents to deliver to their families in Gambia, when he was coming from France.

He arrived in the Gambia on 15th March 2020, via Royal Air Maroc, but was never tested or taken into quarantine. Until after spending two weeks with his family, other relatives and was going about his normal daily life. The man was taken from his home in the presence of his entire family with a speeding sirens ambulance putting fear and panic within his family and neighborhood.

It was a scary moment for the family and the community, knowing the severity and impact of the coronavirus pandemic. The entire family, about two dozen of them, was later taken into quarantine including a toddler and a pregnant lady. However, none tested positive, except the man and his wife,  as medical sources informed this medium.

Though, the mother of the toddler tested positive, she never accepts her result insisting that it’s a fake test with no justifications, because she and her entire family were healthy and have no kind of ailment or sickness associated with Coronavirus symptoms.

‘‘None of us sneezed or coughed during the entire period of the quarantine and then out of the blue, they said two of our family heads were positive. The rest, including an infant, were negative. The child was all along suckling and together with her Mum, but was not infected with the virus,” the family members argued, as they rhetorically asked how could that be possible.

After two weeks at the centre, their head of the family was taken to the Sanatorium for treatment procedures; but when the wife, who also tested positive for treatment was supposed to be taken without her baby creates tension between medical officials and the members of the said family. They refused to be  taken into quaranteentine or for treatment.

With harsh exchanging of words between her and the medical counseling team, with the help of a local dialect translator in her mother language, the lady refused her test result and stood her grounds that she would neither go nor leave her baby behind.

Our informants recalled that, couples of minutes into the confrontation, officers of the Police Intervention Unit stationed in the quarantine centre at Sun Beach Hotel, were called by medical officials to get her into the waiting ambulance by any means. Her baby was forcefully snatched from her, grabbed by the arms and dragged to the waiting medical vehicle.

As she was being dragged and beaten with a hose pipe, her teenage son  who could not bear the pain of a mother being humiliated, intervened but was immediately intercepted by another officer who kicked him on the leg and wrestled him on the ground. He received two punches from the officer before he was put under control. He was left with bruises on the leg and a swollen ankle.

Another relative, a pregnant mother was also manhandled by the Police. She was wiped with a pipe on her legs and pushed back into a chair as she stood up to defend her sister-in-law. Her legs were swollen from the beatings, The Trumpet gathered.

Dr. Buba Manjang, Acting Director of Public Health Service and Head of the Quarantine Centres, confirmed the incident but gave a different narration as to the matter.

Manjang said their psychosocial team consisting of professionals is responsible for relating lab results and are very careful as to the way they relay message to the any positive person. He said on the day in question, the said team went to meet with the lady and advice her about the result and for her cooperation to be taken to the treatment centre.

According to Manjang, the lady refused and did not even entertain the medical team counseling her, and abruptly walked away from them. She brought together her entire household under quarantine into her room and sat in the middle of them, thus violating the procedures of social distancing at the centre. He said the family was in support of her and were ready to block her from being taken to the treatment centre.

He, however dismissed the allegation of beating, but said she lady was forced to go for treatment under the Public Health Act 403, 1990. He alleged that as the officers were trying to grab her by the arms she threw herself on the ground. The officers were left with no options, but to lift and carry her to the ambulance. He added that they have shut all the windows of the vehicle for fear of her not jumping out from the speeding ambulance.

Manjang also confirmed that a teenager was also professionally handled and put under control as he attempted to confront the officers to free the lady from been taken away. He denied any form of beating and harassment meted to the said family while under quarantine.

“They were a very difficult family and they refused to acknowledge the measures and procedures of the quarantine system. They kept defying all the protocols by gathering together all the time. But thank God, only the husband and wife were positive, treated and released. He also confirmed the separation of the toddler from the mother and said a child who is not positive cannot be taken to a treatment centre to be exposed to danger. He added that was the only reason for separating the two for the safety of the child which he said is their duty.

Dr. Manjang concluded that only two members of the said family were involved in the push and pull with the Police and they were never beaten.