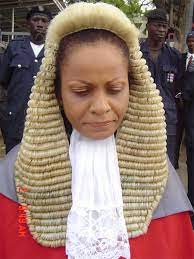 Justice Haddy C. Roche will on Thursday 28th July rule on the “no case submission” by defence lawyers of the two former Gampetroleum managers. Saihou Drammeh former General Manager and Lamin Gassama former Operation Manager are jointly on trial for economic crimes, thief and stealing. During the trial the prosecution has call twelve witnesses and at the end of their case, the defence team lead by lawyer Christopher E. Mene deemed that the prosecution did not lay enough evidence of the crimes charges and therefore made a no case to answer submission and urged the Court to ruled in their favour due to the failure of the prosecution to prove the charges against the accused person beyond reasonable doubt.

However on Tuesday 12th July, Principal State prosecutor Momodou D. Mballow countered the defence submissions and called on the trial Judge to dismiss the no case and order the accused persons to open their defence to prove their innocence against the eight criminal charges against them.

Both lawyers made powerful submissions in the argument of their submissions quoting laws of the Gambia, Commonwealth criminal cases, common laws and cases adjudicated in jurisdictions of Ghana and Nigeria which are cases similar to the matter before the Court.

After arguments and counters arguments between the Court, prosecution and the defence team, Prosecutor Mballow guided the Court through his written submission which filed before and made references and mark bullets point of his submission which according to him prove that the prosecution has establish their case against the accused person and they should be ordered by Court to enter the dock and defence themselves against the charges.

On Thursday 14th July after both sides replied on points of law, Justice Roche ruled that she will deliver ruling on the submission on Thursday 28th July 2022.