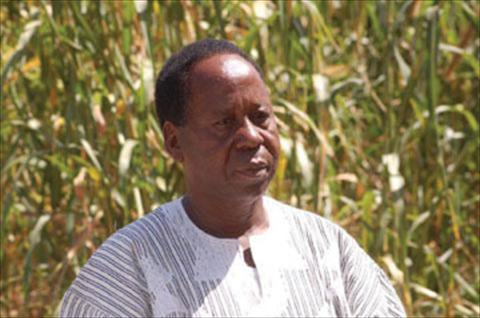 The former Governor of Upper River Region (URR), Mr. Omar Khan, has vehemently denied any knowledge about the whereabouts of the missing journalist Chief Ebrima Manneh, contrary to our sources’ versions that he (Khan) was present at Sareh Ngai Police Station where Manneh was reportedly detained before he eventually met his untimely death on road to Diabugu Hospital.

In a telephone conversation with the Trumpet Newspaper, the former Governor categorically denied knowing anything concerning Journalist Manneh.

Mr. Khan said he never heard or knew about  the detention of Chief Manneh  at Sareh Ngai, and at no point in time did he knew where the missing Journalist had been detained and the time of his death.

Khan added that he was never approached by anyone on the issue of Manneh and he has no knowledge as to whether he was ever detained at Sareh Ngai or anywhere in the country, neither did he ever provide vehicle for him to be taken for medical treatment.

He further stated that he only read about Chief Manneh’s issue on the Newspapers. He added that he also read about the law suit against the former government of Yahya Jammeh, filed on behalf of Chief Manneh at the ECOWAS Court of Justice.

Khan maintained that as far as he was concerned and as the former Governor of URR, he doesn’t know anything about Ebrima Manneh.

“The only thing I know about him is by reading it on the Newspapers,” he told the Trumpet Newspaper.