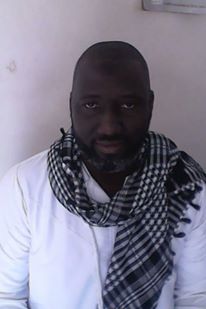 Ousman Bojang alias Bin Laden, a former senior operative of the defunct National Intelligence Agency (NIA), has brushed aside the allegation of torture made against him by Marabout Hamadi Sowe, who was arrested in connection with the 21 March 2006 coup plot. Mr. Sowe claimed that Ousman Bojang pierced his lap with a knife until his trouser was stained with blood.

However, in a Facebook messenger conversation with the Trumpet, Mr. Bojang swore to God he never laid a finger on Marabout Hamadi Sowe or any detainee during the episode of the 2006 coup investigation. On the contrary, Bojang claims Hamadi Sowe was one of the many he personally assisted to make life easy for them whilst under custody at NIA.  Mr. Bojang indicated that in his entire tenure as a secret cop with the NIA, he might have done other things but torturing people was never part of his habit.

Mr. Bojang said, ‘’maybe it was an error of transposition since March 2006, might be a long time for him to remember everything that had happened.  Please tell him to correct his remarks against me before he incurs the wrath of God for wrongful accusation’’

Bojang aka Bin Laden challenge Marabou Sowe to provide any names of persons who were present when he allegedly meted the torture on him. He further added that if Sowe cannot provide an answer to his allegation then he should apologise to him (Bojang).