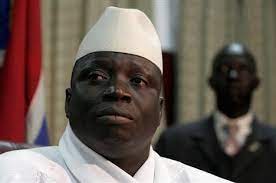 The “Jammeh2Justice” campaign, made up of victims of the former regime and Gambian and international activists, calls on the government of The Gambia to take concrete steps to bring former president Yahya Jammeh and his alleged accomplices to justice. 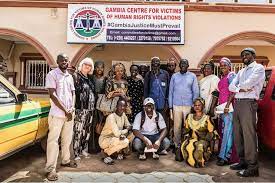 The Truth, Reconciliation and Reparations Commission (TRRC) has tied Jammeh to the enforced disappearance, killing and torture of opposition members and journalists, the shooting of peaceful demonstrators, the murder of about 59 West African migrants, and “witch hunt campaigns” in which hundreds of people were arbitrarily detained and many died as a result. It found that Jammeh raped and sexually assaulted women brought to him and, after announcing that he had invented a cure for AIDS, forced HIV-positive Gambians to give up their medicine and enroll in a sham treatment program under his personal care.

We welcome and salute the government’s acceptance of the TRRC’s recommendations and in particular its commitment to prosecute Jammeh and his accomplices.  We had hoped that the government would provide greater clarity and detail on the judicial framework it intends to create for those prosecutions. Since 2019, the Gambia Bar Association has led a series of multi-stakeholder consultations which proposed a “hybrid” court, anchored on a treaty with ECOWAS, with Gambian and international staff, with a much greater role for victims than under the current Gambian system, and with the possibility of detaining suspects and holding trials outside of The Gambia. Whatever path the government chooses, however, laws still have to be enacted, the judicial framework has to be established, cases have to be prepared, and Yahya Jammeh has to be extradited.

We are concerned that only days after the Minister of Justice stated flatly that “President Jammeh will face justice for the atrocities that he committed in this country,” President Barrow conducted a state visit to Equatorial Guinea and did not even raise the subject of Jammeh’s extradition. We are aware that president Obiang of Equatorial Guinea has said that he will “protect” Jammeh. However, Equatorial Guinea has ratified the UN Convention against Torture which legally requires it to extradite Jammeh for alleged torture if it does not prosecute him.

The Gambian government could also make it very difficult for Equatorial Guinea to resist a demand for Jammeh’s extradition by lining up the support of  ECOWAS and the entire region, in particular countries such as Ghana, Nigeria, Senegal, Togo,  Liberia, Sierra Leone and Cote d’Ivoire whose citizens were allegedly murdered under  Jammeh’s orders. A request coming from an ECOWAS-backed court would be very difficult to refuse, but the initiative to create such a court and the impetus for such regional backing has to come from the Gambian government.

Jammeh2Justice members are active in the cases against Jammeh’s alleged accomplices in Germany, Switzerland and the United States, and a civil suit against Jammeh related to the “AIDS cure” in The Gambia. But the most important criminal trials have to be initiated by the Gambian government.

We will not rest until Jammeh and his accomplices have been investigated with a view to prosecution, evidence permitting.

Groups that have been working to support this campaign include:

Center for Justice and Accountability

Coalition for Change – The Gambia (CCG)