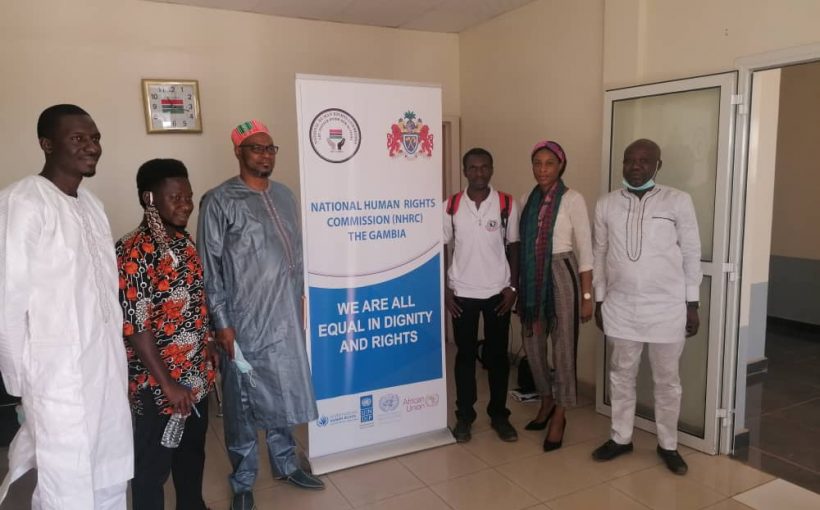 The Network of Human Right Journalists (NHRJ), The Gambia and National Human Right Commission of The Gambia has on Friday 12th January 2021 met and discussed to draw and sign a Memorandum of Understanding (MoU) between the two human rights bodies to collaborate and compliments each others’ work in the various areas of human rights.

In a courtesy call made to the Commission’s Secretariat at Kotu, a delegation of founding members of the Network of Human Rights Journalists headed by Mr. Musa S. Sheriff, the National and Regional Coordinator and acting Secretary General and Communication Officer Mr. Fabakary B. Ceesay, received a warm welcome by senior staff of the Commission and welcome the Journalists with open arms for a partnership.

In his introductory remarks, Mr. Sheriff, gave a brief background of the Journalists’ body which he said is a sub-body and key partner of the Gambia Press Union since its formation in January 2007. The Network according to him, was formed out of commitment of Journalists that focuses and specialised in reporting matters of human rights and were keenly following all the ordinary seasons of the African Commission on Humans’ and Peoples’ Rights (ACHPR), which has its Secretariat and sittings in the Gambia.

“The realisation, that empowerment is essential to promote, protect human rights and to fulfill these rights, the enhancement of development and democratic space is the network’s aim and objective,” Mr. Sheriff said.

NHRJ which drew its membership from both electronic and print media is the first among all Journalists associations under the GPU umbrella to rally support at national and international forums about the disappearance of Journalist Chief Ebrima Manneh.

“NHRJ has a good working relationship with African Commission on Human and Peoples’ Rights under Chairperson Commissioner Sanji Mmasenono Monageng. With support from her office, NHRJ hosted human rights Journalists from the 15 ECOWAS member States including Cameroon,” he told officials of NHRC.

He called on NHRC to work hand in hand with their Journalists counterparts by creating capacity building and providing advocacy materials for the media.

Fabakary B Ceesay, Acting Secretary General and Communication Officer of NHRJ, said the Network has been legally operating in the Gambia for 13 years with it main parent body the Gambia Press Union.

He recalled how they were inspired and motivated by then Chairperson of ACHPR Commissioner Salamata Sawadogo to form a Journalists body of human rights reporters and to work closer with the ACHPR. 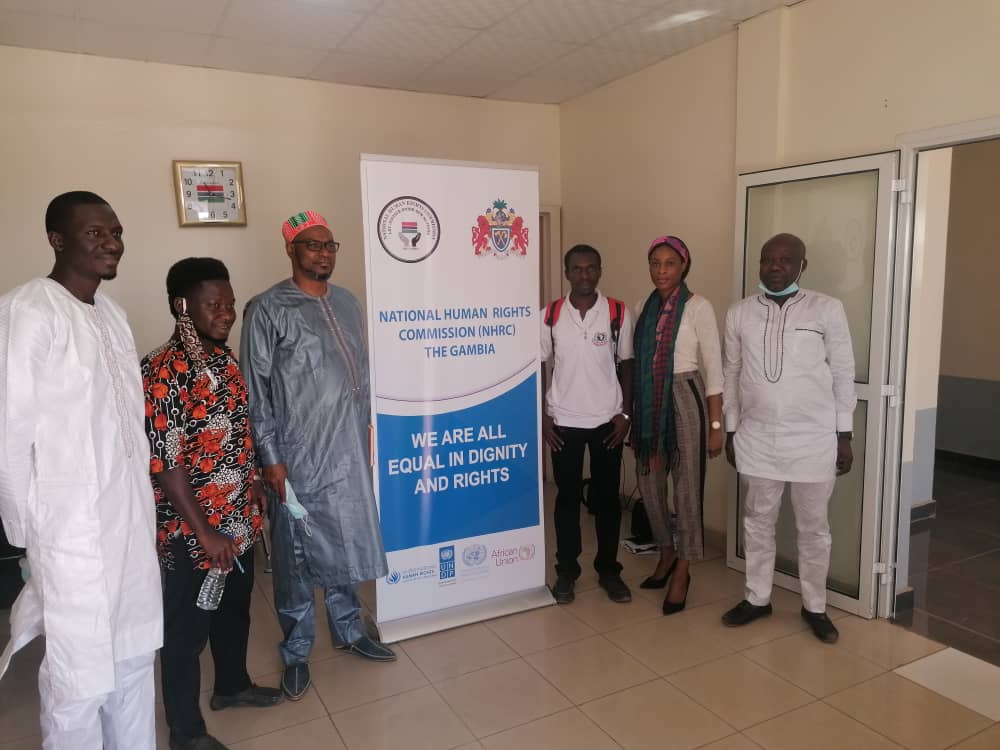 According to him, the former Chairperson Sawadogo’s proposal was due to the fact that at the time the Gambia has no National Human Rights Commission and human rights violations in the country was under reported.

“The best we can do at the time as Journalists was to organise ourselves into an association and work closely with ACHPR. This was at the time when human rights issues were taboos and can land anyone in trouble, but we took a bold stand to get involved in the fight for human right”, said Ceesay

Mr. Mansour Jobe, Director of Legal and Investigation at National Human Rights Commission said the NHRC was established by a Parliamentary Act of 2017 with a general mandate to promote and protect rights in the Gambia.

He said one of it’s core functions is to receive and investigate complaints of human rights violations made by any person or a group of persons in the Gambia.

Dr. Cherno Omar Barry, Executive Secretary National Human Rights Commission commended officials of NHRJ for calling on his office in respect to partnership describing it as  a move  in the  right direction.

According to him, there are few rights violations that are reported while social right, environmental, land, health, cultural, education among others are under reported in the Gambia, adding that collaboration  with NHRJ is significant to his office.

“We have a lot to do, but we do not have the staff volume for all and we can’t reach every part of the country, but working with Journalists will help us achieve and reach many parts of the country with our projects. You came at the right time and if you can do it under the former government when it was very risky, then you can do more now. I commend NHRJ for a job well-done”, he said.

Mr. Barry calls on NHRJ Executives for a need to sign a MoU with NHRC for a better human rights approach and capacity building.

The meeting was chaired by Lady Matilda Mendy, deputy Executive Secretary, also commended NHRJ executives for reaching out to her office.