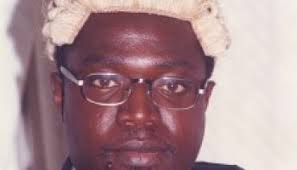 Squad of lawyers lead by Lamin S. Camara, will on Friday 11th September 2020 file a “no case” to answer submission before Magistrate Peter Adoh Che of the Brikama Magistrates’ Court on behalf of their client, Chief Superintendent Muhammed Kanteh, who is being prosecuted by the Police on the allegation of official negligence.

On Tuesday, after the Prosecution closed their case, lead Counsel Lamin S. Camara informed the Court about their decision to file a ‘no case’ to answer for their client Muhammed Kanteh. He asked for the Court’s convenience to take an adjournment for the defence to file their case by the next sitting date.

Camara informed the Court that their case is very short and it will not take him twenty minutes to do the submission. He emphasised that his team is ready to file their motion by Thursday 10th September and wanted a ruling on the matter before or by 15th September. He asked if the Court will allow an oral or written submission which he said are both satisfactory with him.

Police Prosecutor E.S. Sarr disagrees with Camara on the short date application for the fact he does not know when to be served with the defence submission to enable him to reply to it. Sarr indicated that he need time to prepare his response to Camara.

However, Magistrate Che ruled that the defence should do their submission by Friday 11th September and the Prosecution must reply latest Wednesday 16th September.

Magistrate Che ruled that he will deliver ruling on the matter on Thursday 17th September.

Both the prosecution and the defence agreed to file their submissions to the Court via email.