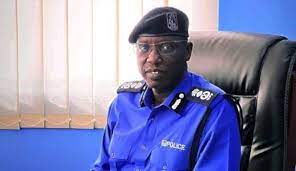 The accused persons Mr. Saihou Drammeh, the former General Manager and former Operations Manager Mr. Lamin Gassama, are jointly standing trial for “stealing by clerk or servant” and “directors and officers of corporation or companies fraudulently appropriating property or keeping fraudulent accounts.” Both pleaded not guilty.  They are on a bail bound of eleven million Dollars ($US11, 000.000).  The State has so far called twelve witnesses to prove their case.

ASP Bah told the Court that he served the Gambia Police Force for eight years and he is currently on secondment at the National Human Rights Commission. He said he know the two accused persons during the Police investigation into the Gam Petroleum fuel crisis.

The Police witness said on the eve of the presidential nominations, he received a phone call from his Commanding Officer to report to the PURA building at the Kairaba Avenue. Upon arrival, he said he was briefed that there was a particular person that the Gam Petroleum Board was interested in and they needed Police assistance. He added that the said person was Saihou Drammeh, the former General Manager of GP.

As part of the investigators, Officer Bah said they were tasked to conduct a search at the residence of Saihou Drammeh along Kairaba Avenue but they couldn’t find him at home. He stated that Mr. Drammeh later came by himself and they have an interaction with him at the PURA conference hall witnessed by chairman of the board of directors of GP and some persons he didn’t know.

The witness pointed out that the GP board and his senior officer Lamin Cham had a conversation with Saihou Drammeh whiles waits downstairs together with some Police officers.

ASP Abdou Bah further testified that after the GP board and Police conversation with Saihou Drammeh, they were instructed to go to the GP storage facility at Madinary. He said they were escorted by some PIU officers in two vehicles. Officer Bah indicted that the second accused Lamin Gassama came to the depot by himself to do the reconciliation of petroleum product because there was fuel shortage and petroleum products were missing or unaccounted for. He added that they have spent the whole night at Gam Petoleum depot at Mandinary.

Polivr investigator Bah said they did not intefered with the accused persons whiles Mr. Gassama was working on the reonciliation using a computer. He added that Mr. Gassama did not share anything with them because they were warned not to interfere but only to guard the suspects whiles they do the reconciliation.

He testified that the accused persons could not complete the reconciliation at the GP depot till late evening the following day, they were asked to go with them to the Petroleum House at Turntable in Brusubi.

At the Petroleum House, the witness said they went to the 3rd floor where they met some members of the GP Board with Chairman Mr Tambadou in attendance.

Witness ASP Abdou Bah said he waited at the reception room when the accused persons were doing presentation to the GP Board. At the end of the presentation all of them, including Saihou Drammeh and Lamin Gassama went home.

The Police witness said there was an argument between lawyer Badou and deputy CMC about why the accused persons were not allow to do their work at GP instead at the Police HG. He added that lawyer Badou denied that his cleints refuses to do the reconciliation at the GP depot that was why they were moved to Police Serious Crime Office.

He said while they were arguing, deputy CMC received a call and later ordered him and other Police officers to go to the Kairaba Police Stattion where the Inspector General of Police (IGP) was waiting for them. He said on arrival, they found the IGP and one Mr Abubakary Jawara at the CID office.

Bah told the Court that the IGP told them that Abubacar Jawara has a complain against one kaddija Kebbeh whom they suppose to go and arrest.

Bah said when they came back to the Kairaba station from Kadija’s house and she was confronted with the information in the presence of IGP, deputy CMC and Abubacar Jawara, but she denied the allegation.

Officer bah indicated that Abubakary Jawara allege that he gave money to Kaddija Kebbeh for the purchase of fuel which was never supplied to him and he needs  ant explaination as to the whereabouts of the money.

The witness further testified that they continued their investigation into the Gam Petroleum case with the helo of the accused persons. He added that they did a reconciliation with the Oil Marketing Companies (OMCs) in trying to find out the missing petroleum products. He said the OMCs were invited to the Police Headquarters to do a reconciliation together with Saihou Drammeh and Lamin Gassama.

He narratated before the Court that all OMCs were invited into a hall and those that came with their lawyers were allowed to do their presentation in the presence of lawyers. He added that the second accused Lamin Gassama also presented his records with reactions from OMCs.

Investigator Bah said  the process was so tedious and some OMCs asked for time to finsh their presentations. He added that they obtained statements of the OMCs that were in the negative balance and they found out that the negative balances were stocks issued to OMCs who were not having physical stock at the depot at that material time.

The witness indicated that their investigation found out that the stocks stored at the GP depot was either for the international traders or local OMCs.

He testified that most of the things they came to know about GP was through the accused persons. He said the reconciliation continued as they were struggling with getting information from the international traders. He explained that sometimes they go to GP to request some file and at times faced some challenges.

The witness asserted that OMCs that were invited to do the reconciliation includes GNPC, Afri Oil, GACH Global, Pure Energy and others he cannot recall. He said GNPC, GACH Global, Pure Energy and Afri Oil were all in the negative. He added that the said four companies took stock from GP but failed to refund what they took. Bah also added that investigators went to Jah Oil facility at Brikama to inquire about the fuel Jah Oil replenished to GP in the name of GACH Global to clear GACH’s negative balances.

Winess Abdou J. Bah said the OMCs were making efforts to settle their negative balances with GP. He indicated that at the end of their findings, the report was submitted to their superiors for further review.

The report is dated the 28th December 2021 was tendered in Court but defence Lawyer Christopher E. Mene argued that he needs time to study the report as fo the first time defence is aware of its existence.

According to the witness page 16 paragraph D of the Report indicated the stock balances of the international traders as of 31st October 2021 and on page 31, the investigators recommended that the OMCs in the negative balance and the 2 accused persons be charged with conspiracy. He added that it was also recommended that the General Manager, Operations Manager and OMCs that were in negative be charged with economic crime charges.