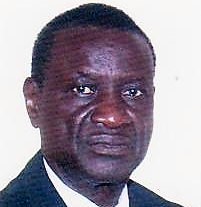 The State of the Nation Address 2019 said ‘the Government of The Gambia recognises the fact that Health is a basic right for all human beings and that good health plays an important role in socio-economic growth and development. Thus, to have productive citizens, the health sector must be given top priority’.

The Government of President Barrow has rightly placed Health amongst the priority list of the Nation. However, if government says it recognizes the fact that Health is a basic right and must be given top priority this intent should be reflected in the annual allocated budget Health Expenditure per capita had negative increase in the Gambia; $25.2 in 2008, $25.7 in 2012; and less than $2.00 in 2019. The State of the Nation 2019 Address further disclosed that ‘Access to health services in The Gambia has been marked by a tremendous increase and that plans are afoot to construct modern specialist hospitals’.

It is correct to state that The Gambia has improved its indicators on infant and under-five morbidity and mortality rates, and has one of the best immunization coverage in the sub-region. The nation maintains over 90% vaccination coverage of children against all vaccine preventable diseases. Gambians must however, not to be misled to believe that improvement in health was brought in by the Barrow administration. The decline in morbidity and mortality rates has been a trend in the Gambia well before the beginning of the Barrow administration. Infant Mortality Rate (infants per 1,000 births) has dropped from year 2000 (63.4) – 2012 (50.2) and Under 5 yrs. in the year 2000 was119 per 1, 000 live birth and in 2012 was 76.4 per 1,000 live birth. Rather than charming Gambians with promises of Specialist Hospitals government should embark on upgrading and renovating the Edward Francis Small Teaching Hospital (EFSTH). Upgrade the X-Ray and Laboratory departments to be able to handle essential diagnostic tests. Improve upon the remunerations of staff. It is also necessary to upgrade the kitchen, laundry and plumbing systems and replace broken doors, windows, ceiling and floors. Old fashion hand-washing sink taps could be modernized to avoid contamination after hand scrubbing and sanitizing; faucets could be pedal or sensor operated.

For quite a long time in the Gambia non-Communicable Disease has been the greater causes of death (780 per 100, 000 WHO Statistical Information System 2012 Communicable Diseases). And the Distribution of Causes of Death shows that children under 5yrs are mostly affected with Malaria then Diarrheal Diseases and HIVAIDS at the bottom of the prevalence rate.

‘The Gambia’s Primary Eye Care Service is recognised globally as a model in terms of both structure and outcomes. No wonder, the incidence of blindness in The Gambia has dropped to 0.4%, which is comparable to Western standards. It is a source of relief to note too that Trachoma, a leading cause of infectious eye disease around the world, is now at an elimination stage in The Gambia.’True it is that the Gambia has witnessed improvement in the Primary Eye Care Service but far from being described as a model. The Eye Clinics are not easily accessible, are congested, and environmental sanitation below standard. It is confounding to make a comparison of the incidence of tropical disease namely trachoma between a tropical country and a non-tropical country.

The State of the Nation Address also said ‘Health care in The Gambia is almost free, especially for maternal and child health services. The indication is that the key sector targets will be realized eventually’. Well, cost of treatment in the Gambia is no way near the word ‘free’. Patients have to incur traveling costs to reach EFSTH at least 2 hours before the arrival of the doctor, would pay for registration fee, pay for dressing materials often by purchasing them from private medical stores, pay for X-ray and laboratory fees often in a private hospital and purchase medication from outside pharmacists or drug stores. What is free in the services? One can only argue that the costs are subsidized by government, and if so provide the information on subsidy rate.

OFFICE OF THE VICE PRESIDENT

Government indicated that ‘Under the Office of the Vice President are important units, comprising: the Social Protection Secretariat (SPS), the National Nutrition Agency, the Food Safety and Quality Authority (FSQA)’, (failed to depoliticize heath institutions)

The Barrow administration is commendable in maintaining gains already made over the years in some health profile. The Gambia however needs to recover the higher standard of health attained in glorious days and to do so need to look at the structure then and compare it with now. The Health Services Department was a stronger authority enfolding Preventive and Curative Medicine under the same roof. All services of preventive medicine including: environmental health, epidemiology, food hygiene and nutrition, maternal and child health, health education, vector control, immunization etc. were under the same ministry and overseer. This structure provided effective communication and collaboration between the various sectors and avoided duplication of efforts or worst omission of a vital activity in in the health delivery services. All the arms of curative and preventive medicine were under the Department of Medical and Health. Senegalese patients used to flood the Gambian health services and the West African Region admired the Sanitation of Banjul, management of its health institutions and the training and certification of Public Health and Nursing training institutions.

On Water Resources and Fisheries the address said ‘Government remains committed to ensuring access to safe drinking water, WASH Development Project will benefit one hundred and forty-four (144) communities and increase access to safe water by 17% and safely-managed sanitation by 2%. To complement this, in collaboration with the Japanese International Cooperation Agency, potable water will be supplied to about thirty additional communities’.

The increase in access to potable water is recognized but government must insist on the quality. Policy should be in place for the sanitation of drinking water pipes and to ensure that pipes to be laid are protected from contamination whilst awaiting connection. Potable water pipes are often left exposed to crawling animals, insects, dust and bacteria. They are not cleansed and disinfected prior to connection. Policy for the disinfection of potable water pipes must therefore be in place and implemented with seriousness

‘The Fisheries Sector of The Gambia remains steadfast in their quest to contributing to food security, nutrition and revenue generation ….. The European Union (EU) and the Republic of The Gambia signed a six-year agreement to allow EU vessels to fish in Gambian waters. It offers the vessels to fish up to three thousand, three hundred (3,300) tones of tuna and tuna-like species, and seven hundred and fifty (750) tones of hake annually. In return, The Gambia would receive a financial compensation of Five Million, Four Hundred Thousand Euros (€5, 400,000).

The Department of Fisheries and Water Resources has been expressing concerns on providing nutrition requirement and job opportunities to the Gambia population. Gambians, especially those residing along the West Coast region, will tell you that their socio economic attainments are being impacted by the Fish Meal Plants Activities and EU Fishing trawlers. Government consultation and engagement of local residents are inadequate. Local residents had advised for grater consultation and monitoring of data of the quota allocated to foreign investors. Hiring of Senegalese fishermen with contract arrangement that include accommodation facilities makes the local men and women unable to compete. A stress relationship between the Gambians and Senegalese is gradually being built up. Although government acknowledges the benefit that fish has in the community it is however insensitive to the plight of the consumer. Fish has become an expensive commodity, mush more expensive than chicken or meat. Our women going to the markets will also tell how scarce and expensive fish has become.

Furthermore Government should take much more vigorous steps to control the waste being discharged into the environment through waste disposal pipes. Gambians need to be informed that there has been continuous improvement in ‘Improved Sanitation facilities’ since 1990 and the momentum stagnated since 2012 whilst there has been continuous improvement in access to ‘Improved water source between 1990 and 2012. The Department has to continue raising public awareness and publishing relevant data even where such data are not specifically requested.

On the Environment, Climate Change and Natural Resources the Nation Address said ‘Government will remain vigilant, and will strengthen the necessary frameworks, as well as raise public awareness on environmental issues. Waste is a major issue to tackle as a result, it is most urgent to lay the legal basis for waste management, paying attention to emerging issues. E-waste and the prospect of importing or dumping waste into the country make this issue a real danger to all of us’ (Management of solid waste, liquid waste, hazardous waste still a huge challenge) . It is commendable that government is considering the legal basis for waste management, and acknowledging that E-waste and the prospect of importing or dumping waste into the country is potentially dangerous to all of us. The Department of Environment, Clime Change and Natural Resources must be very serious about preventing illegal logging and protection of Reserved Natural Parks. The dumping of hazardous and nonhazardous waste in residential areas seems not to be of concern to government; despite the constant cry of residents in Bakoteh and the SOS villagers, clinic and despite visits to the site by the Mayor of Kanifing Municipality and President Barrow the Bakoteh Dump site continues to be a major source of public health hazard.

In concussion, whilst some may appreciate and give approval to the President’s address the concerns of others who are regarded as critics should be looked into. A positive criticism enhances improvement. .