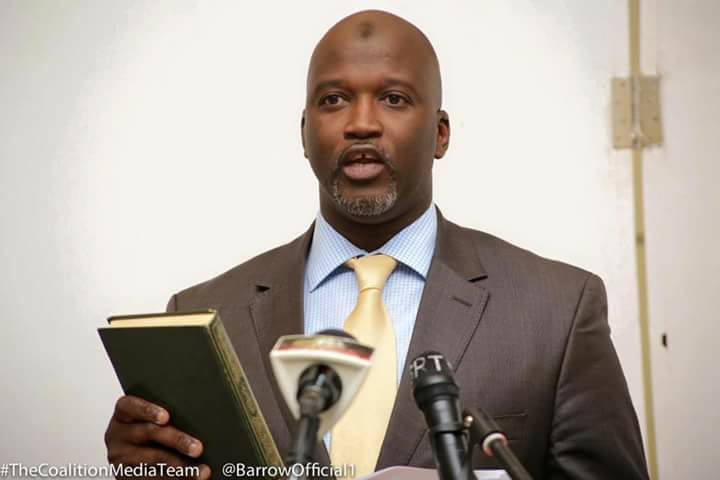 “Any person who insults, or does any act to bring into hatred or contempt or to excite disaffection against the person of the President, or the Government of The Gambia as by law established, commits an offence and is liable on conviction to a fine not less than fifty thousand dalasi or a term of imprisonment of not less than one year or to both the fine and imprisonment.”

With this provision citizens cannot in anyway therefore question, challenge, condemn, criticize or express divergent or dissenting opinion against the President or the Government. Hence this part of section 107 undermines democracy and good governance in the Gambia with the potential to indeed make this country an authoritarian and closed society. This is the very part of the provision that needs to go first. It undermines transparency, accountability and efficiency of the Government.

Yes, no one should insult anyone including the President or public officers much more insult their parents. But as I noted earlier insult laws are not necessarily intended to curtail insult in political discourse. This is because even the President insults. We had seen Yaya Jammeh insult citizens just as we have seen Barrow also insult citizens in his various utterances. Hence the purpose of insult laws is merely to protect the President and the Government from public scrutiny thereby allowing abuse of office and violations of human rights to prevail with impunity. Focusing on parental insult is merely an attempt to divert public attention from the real issue.

But when you compare the first part (i.e. express an opinion) of section 107 with the second part (i.e. parental insult), one will realize that the second part, which is about parental insult is the easier part to handle. This is because ordinarily most people will not insult the parents of the President or public officers. And anyone who makes such insult publicly would usually also face a negative reaction from the general public. For example, if I insult Pres. Barrow’s mother or if I insult the father of the Justice Minister or the uncle of the IGP or the grandmother of the Speaker, it is clear that many people will also condemn me severely.

Hence one can truly avoid insulting the parent of a public officer. However, what a citizen cannot avoid is to express an opinion that criticizes public officers and public institutions with very severe and unpleasant expressions. The first part of the provision states that if you say something about the President or the Government that brings “hatred or contempt or to excite disaffection” against them then you have committed a crime. In essence this provision is meant to criminalize opinion hence deny you to think. OMG!

For example, if I say Pres. Barrow is stupid or that his Government is useless it strictly means that I am making some people to also hold the same view which is that I am making people to dislike the President or the Government as I do. Indeed, this is the whole idea of politics and democracy, i.e. political parties and citizens seek to influence each other’s position by making one to either like or dislike a President and Government by our utterances.

But whatever position I hold, this is my opinion about the President and the Government, and this opinion is just my opinion and not the gospel truth. Some will believe and agree with me and others will not. In fact there will also be some other citizens who will hold a different opinion that Pres. Barrow is indeed intelligent and honest, and the Government is effective. Neither they nor I is right or wrong. We just happen to hold divergent or dissenting opinion. Hence no one should be arrested for speaking his or her opinion.

But with this provision it now means therefore the Government does not want any citizen to have a negative opinion about it. How can we have a society where no one is allowed to have and express a negative or contrary opinion to the Government? That is what is called dictatorship such as we had under Yaya Jammeh.

Therefore, the greatest threat in the draft criminal code to the fundamental rights and freedoms of Gambians is this first part of section 107. This is the part that threatens our democracy more than anything in our laws. It is the most venomous and most far reaching provision against democracy and good governance because it merely says no one should think and express an opinion that is negative about the President and the Government. This means no one is allowed to criticize, condemn, disagree or challenge the President and the Government. Is the President God or an Emperor?

Therefore, I hereby demand that the Ministry of Justice go further to completely and totally remove the entire section 107 out of this draft criminal code forthwith. I call on all Gambians to continue to raise our voices against this most draconian provision that has no purpose other than to turn the Gambia into a tyranny. I call on the NAMs to completely reject this bill so long as section 107 remains in the bill.

Anyone who imagines, drafts, makes, approves and supports this provision may the Hottest Hell Fire burn you!

For the Gambia Our Homeland