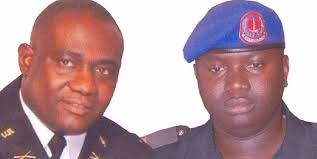 Trumpet Newspaper can reliably report that immediately after the 30th December 2014 attacked on State House by Gambian dissidents from abroad was quell and some attackers killed, soldiers stationed at the State House could be seen busy scrambling for the personal belongings of the dead attackers.

According to our insiders, a State Guard soldier by the name Bambo Dampha was the one that grabbed the American style Military boots from the feet of late Lieutenant Colonel Lamin Sanneh, who led the assault on State House.

Sanneh a former State Guard Commander, Captain Njaga Jagne a retired US Army officer and Jarja Nyass an ex-soldier of Gambia Armed Forces were killed during that attack.

According to reliable sources that were present after the attack was quell, soldiers could be seen busy scrambling to take ownership of the personal belongings of the dead. Sources indicated that some almost fought each other whiles busy searching the pockets of the dead and grabbing any items, articles and monies found on the dead.

Sources further stated that Bambo Dampha who resides at the Military dormitory known as ‘flat Battery’ was the one that remove Colonel Sanneh’s boots from his feet. The said soldier, according to sources immediately rushed back to his house to hide the boots.

‘’He is always seen wearing that boots and use to brag about it without showing any remorse for the dead’’, sources alleged.