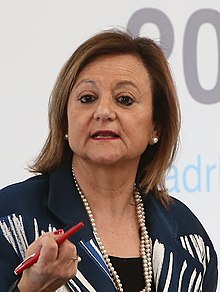 According to information from the Spanish Foreign Affairs Ministry, the Secretary of State for Foreign Affairs, Ibero-America and the Caribbean, Cristina Gallach, has just completed a visit to The Gambia in which bilateral cooperation in the political, economic, sustainable development and security fields has been strengthened. Existing ties in the field of migration and the fight against illegal human trafficking networks were also intensified.
To help in this task, Gallach announced that Spain will donate 400,000 euros worth of material to the Gambian authorities to provide them with the means to fight illegal migration.
Gallach, during a visit to Banjul that lasted two intense days, was able to confirm, in meetings with her interlocutors, that the cooperation of the Gambian authorities has traditionally been exemplary, thanks, among other factors, to the Framework Agreement on cooperation in migratory matters, signed by both countries in 2006.
In this regard, the Secretary of State also had the opportunity to visit the Guardia Civil’s Poseidon vessel, which provides technical assistance to the Gambian navy. The experience helped her to see first-hand the extraordinary work of the Guardia Civil in the country, as well as to give them her support and recognition for the work they are carrying out in the area. The National Police also collaborates regularly with the country’s police authorities in capacity building, information exchange and the fight against illegal immigration.
The visit, which coincides with the celebration of International Migrants Day, has also served to highlight the strategic nature of Sub-Saharan Africa for Spain, as reflected in the 3rd Africa Plan, as well as to continue the recent trips that the Minister of Foreign Affairs, European Union and Cooperation, Arancha González Laya, has made to other countries in the region. Specifically, Niger and Chad (7-10 October), Mali and Burkina Faso (22-24 October) and Senegal (21 and 22 November).
During her stay in The Gambia, the Secretary of State met with the Minister of Foreign Affairs, International Cooperation and Gambians Abroad, Momodou Tangara; the Minister of the Interior, Yankuba Sonko, and the Minister of Defence, Sheikh Omar Faye.
She was also received in audience by the Vice-President of the Republic, Isatou Touray, a renowned international feminist activist who fights against female genital mutilation, to whom the Secretary of State conveyed the Spanish Government’s recognition of the good collaboration between the two countries. She also conveyed this message to the other authorities with whom she met during her visit.

All these meetings have served to congratulate The Gambia on the exemplary nature of its transition process and on the introduction of the legal and political reforms implemented since President Barrow took office. In fact, foreign investment in the country has increased significantly as a result of these changes.

Cristina Gallach was also able to hold a working dinner with the main Spanish companies present in the country in order to learn about their situation and reiterate the support of the Spanish government. She also met with the Spanish NGOs that are working in Gambia, in order to support their work and demonstrate Spain’s commitment to the country’s development.

The Communication officer at Foreign Affairs Mr. Saikou Ceesay could not ne reached for comments of the side of Gambian officials.