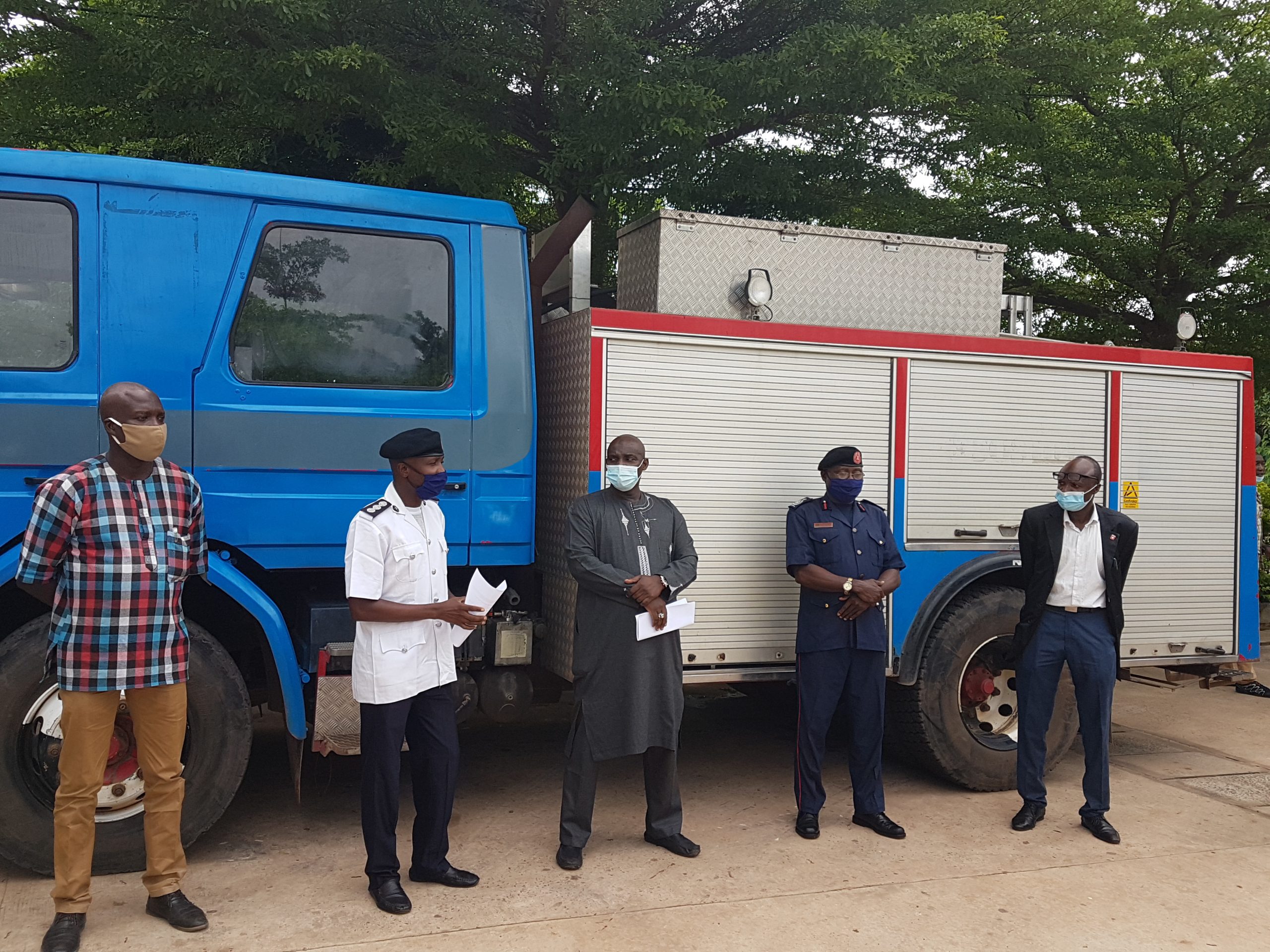 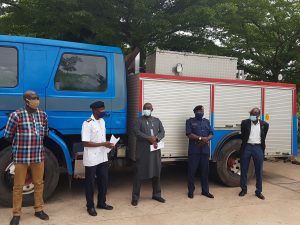 The donation was meant to encourage and express appreciation to the Gambia Fire and Rescue Service for the valuable contribution to saving lives and property in the Gambia.

The handing over ceremony was held at the ministry’s complex in Kotu.

Speaking at the presentation, the Managing Director of Swe-Gam Co. Ltd, Mr. Ebrima Cole, explained that he one time heard the Fire Fighters on a radio program explaining that one of the constraints the GFRS are faced with in reaching out on time to respond to fire incidents is because of limited fire tenders. He remarked that this made him saw the need to donate a fire tender to the GFRS and that the donated fire tender was meant for his company use.

‘’We are giving this tender to the Gambia Fire and Rescue Service for the entire country to benefit because a fire outbreak can occur at any time, at any place or at anybody’s door. Therefore, we are doing this for the Gambia’’. he said

Mr. Cole further added that his company will offer a one-year warranty to the newly donated fire tender noting that the truck can attain 1 million kilometers despite the fact that the truck has already covered 57000 kilometers. He advised the drivers and mechanics working at the GFRS to collectively take proper care of the fleets for long term use.

Deputy Sanyang called on Gambians to cooperate and support the Gambia Fire and Rescue Service and understand that they are here to serve them even were as there is shortage of equipments. He noted that despite the challenges the GFRS might encounter during the exercise of their duty, they are always there and ready to operate.

Mr.  Assan Tangara, the Permanent Secretary, Ministry of Interior, welcomes the gesture and thanked the Managing Director of Swe- Gam Co. Ltd and his entire management team for donating a Fire Tender to the Gambia Fire and Rescue Service.

He commented that this donated fleet is an addition to the available fleets and it will serve as an inspiration to the Fire Fighters and will improve their service delivery. He assured the gathering that the Ministry is committed as well as the Government in making sure that resources are provided to its institutions.