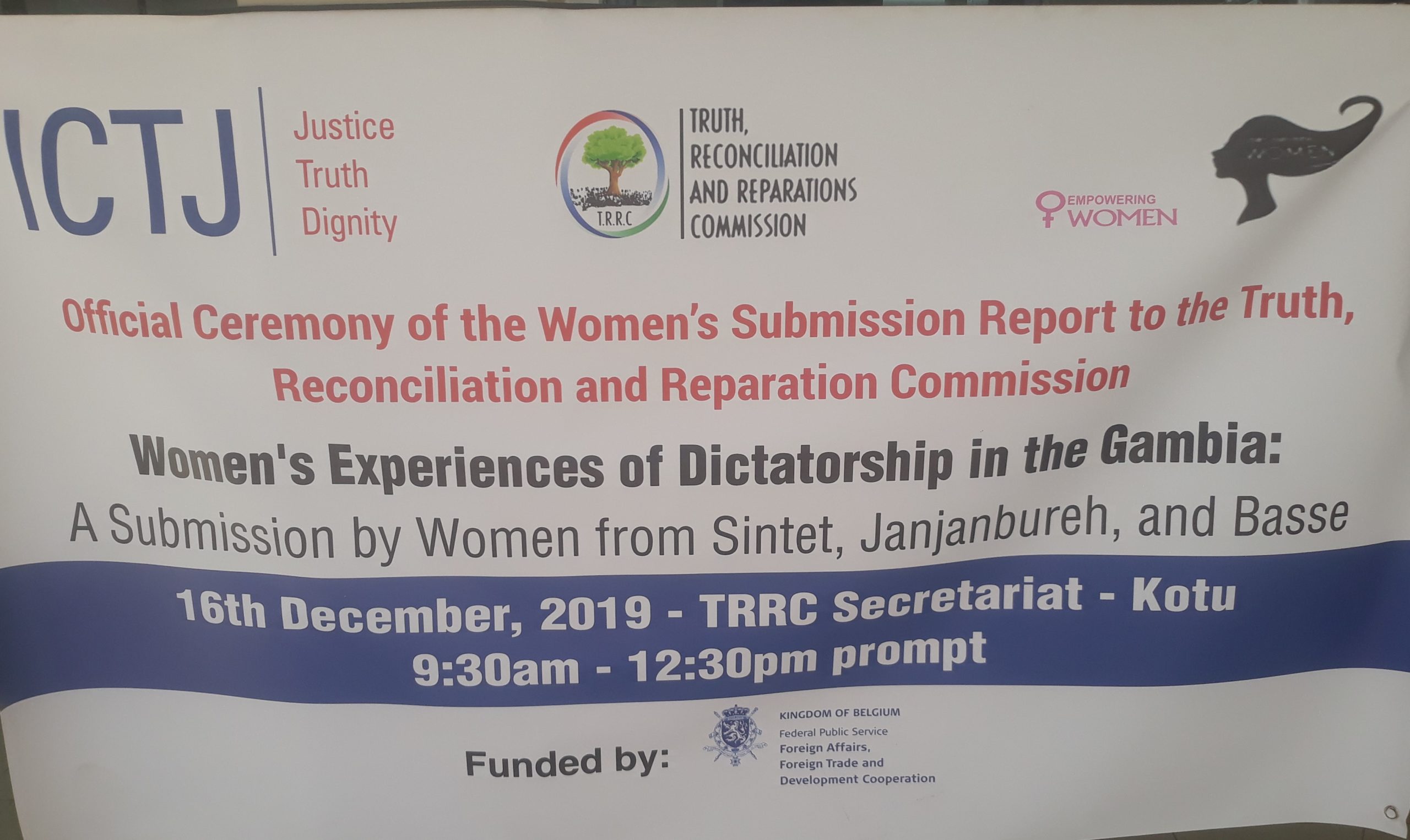 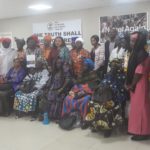 Welcoming the women, Musu Bakoto Sawo, Deputy Executive Secretary of TRRC said the sexual violence narrative can only be changed when women are readily available to echo their voices. As women faces more violence and have suffered a lot during the past 22 years of dictatorship on sexual violence but also psychological trauma of the 2009 witch hunt.

She concluded by calling on society to be one another’s keeper by acknowledging and believing in their stories to enable us to provide them a platform an environment that will ensure healing the pain and trauma inflicted on them.

Speaking on behalf of International Centre for Transitional Justice (ICTJ), Mr. Didier Gbery head of programs outlined the willingness of ICTJ to support and accompany the women of Sintet, Janjanbureh and Basse to submit their report to the TRRC.

Mr. Gbery highlighted the ICTJ work on transitional justice, past violations, violence against women and its work with the TRRC to ensure women voice are heard. He said through this report 75 women victims have found an alternative safe space to contribute to the transitional justice process through their report. He summed up by calling on the Gambia’s government to ensure the fulfillment of its international and human rights obligations in ensuring the promotion and protection of women’s rights. He called for the special inclusion and participation of women in transitional process and moving forward in all decision making process.

On her part, Mrs. Adelaide Sosseh Gaye Deputy Chairperson of the TRRC emphasis on the importance of women voice in the healing, reconciliation and reparation process after undergoing 22 years of brutality in hands of the former regime. She noted that the submissions of this experience report are timely and attest to the TRRC’s endeavour to getting women voices which according to her without empirical evidence.

Others speakers includes Catherine Jassey, Tabou Njie Sarr whom all alluded to timely submissions of the report as it will assist the commission to know about the diversity of violence meted to women between July 1994 to 2016.

Representatives of the women, Mary Sillah and Penda Bah represented their recommendations to the TRRC and government which includes conducting more outreach programs to inform people in the remote villages where some of these violations occurred and as well seeking the truth into the 2009 witch craft hunting.