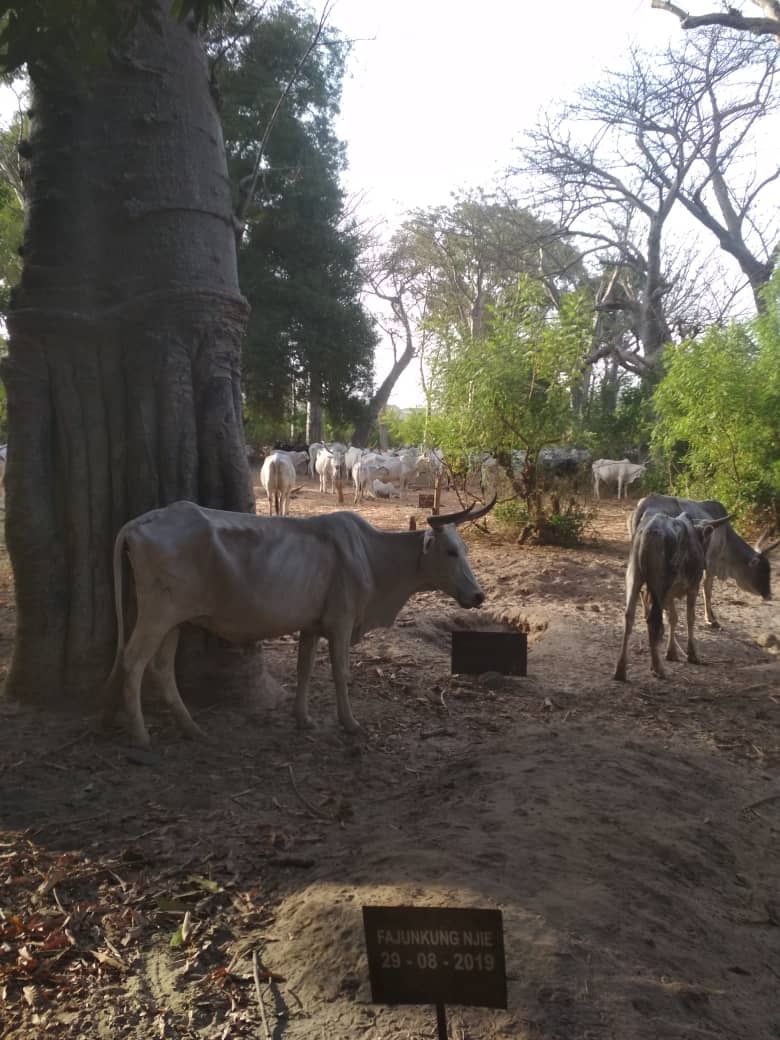 After almost two weeks standoff and negotiation between the people of Salikenni in Central Baddibou, North Bank Region and Senegalese herdsmen on the issue of encroachment of the herds into the Village cemetery which led to seizure of 106 cattle by the villagers and demanding a ransom of D53, 000. The number of seized cattle has been reduced to 3 bulls in replacement of the ransom.

Trumpet Newspaper can report that an agreement has been reached and the herders were ordered out of the area never to return again not even in the near feature. Failure of which will lead to drastic measures be taken against them. The agreement also involves the exchange of 3 bulls to 4 sheep preferred by villagers, Police and District Chief Alhagie Jagne. It was a satisfactory agreement for both sides.

Though, Chief Jagne wasn’t that happy with the agreement, as he put it “the people of Salikenni were very considerable and exercised leniency towards the herders despite the damages done by the herds. They don’t want to bring any hardship to foreigners” (Tumarankeh).

An official of Salikenni Village Development Committee (VDC) has Confirmed the agreement and said the herders had promise never to step foot in the Central Badibou territory for the rest of their herding life. It was also confirmed that the said herder who brought the cattle into the Village cemetery has ran away and left for Senegal when he was chased by a village youth with a gun after he the herder pulled out a machete on him.

The VDC official indicated that Salikenni has been known for its hospitality towards foreigners and they have always welcome herders into the village for decades without having any problems of such.

It could be recalled that on Sunday 7th June 2020, there was a standoff between Senegalese herders with natives of Salikenni, when Senegalese herdsmen encroached into the Village Cemetery causing damages on graves within.

The said herders at this time of the year do crossed into Gambia from Senegal to feed their animals due to lack of grazing and water pools for their animal. They first headed to Dobo Village where the Village Alkalo denied them camping due to their aggressive behaviour towards the natives.

The herders are also accused of indiscriminately cutting down small trees and branches of trees to feed their animals, which the natives see as deforestation.