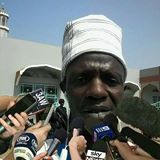 The ward councillor for Kuntaur has called on President Adama Barrow to pack and resign from the presidency after failing to deliver any tangible development since he was elected as president. He said President Barrow has failed in every angle that one may imaging.

Councillor Mbemba Koteh in an interview with Trumpet newspaper in Kombo Lamin on Tuesday said the Gambia is in a mess due to President Barrow’s inability to govern the country. “For me Barrow should just leave the presidency and go back to his business, he does not need to wait for three years or five year in that place,” the Kuntawru ward councilor said.

The United Democratic Party (UDP) councilor who was a close ally of Henry Gomez, one of President Barrow’s advisers pointed out that people are suffering in this country because the economy of the country is in a bad shape. “Senior government officials are looting our meager resources on daily basses the president is not saying anything about it,” Koteh said.

The Kuntaur councillor alleged that the President has brought in Mambureh Njie as finance minister because he(Njie) is known for his competency in stealing money from government. “The like of Mambureh Njie should not be the people to be appointed by Barrow. “These are the people who ruined the country’s economy under Jammeh,” Koted said.

“Barrow brought in Mambureh because he Barrow knows Mambureh is a four one nine recognized internationally,” Koteh alleged. He branded the Barrow government as a corrupt government that does not deserve to continue ruling the Gambia anymore.