Attendee to the Conference 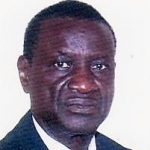 On Saturday 22nd June 2019 the Gambia hosted the 1st Edition of a Senegalo-Gambia Conference at the Pencha-mi Hall of the Paradise Suite Hotel, Kololi, KMC. The Organizers were ‘HIJAS Islamic Organization’ reportedly founded by young people from The Gambia and Senegal. It may also be mentioned that the organization is driven by its aim to help victims of natural disasters, promote democracy, helping traditional religious schools (Daaras); it also serves as a philanthropic organization that helps people.

Such a conference is relevant to foster greater understanding and peaceful co-existence amongst people of different faiths living in the Senegambia Region. The region is renowned for ‘religious tolerance’ and should now progress to a ‘peaceful coexistence”. The organizers however came up with the title ‘Senegalo-Gambia Convergence Conference on Inter-Faith Relations in SeneGambia’. They also selected the theme: ‘Religion Should Unite People’ and planned to commence at 3:00pm on Saturday 22nd June 2019. However, it was not to begin until 5:45pm when a large contingent of Senegalese clerics and scholars entered the conference hall. At this juncture, one would be tempted to enquire about the absence of the Senegalese Christian community. Were they not called upon to participate or invited as guests? Organizations like Jeune Esperance would have given the gathering a real SeneGambia Muslim and Christian characteristic. The environment presented a one-sided view as it entertained recitation of verses from the Holy Quran and no Christian identity. The audience had a good Gambian Muslim representation whilst the Christian community had an insignificant representation. This poor representation could have been due to inadequate preparation or poor communication within the Senegal and Gambia Christian communities.

The conference proceeded with frequent intervals necessitated by the ‘Islamic Call for Prayers’ between early afternoon and late evening. The MC couldn’t or wouldn’t have prevented this from happening as some of the delegates and audience simply left the conference hall to respect the calls for prayers. To avoid this, the conference should have been programed on a Saturday between 9am and 1pm. A provision of a conference program would have assisted the audience to follow and participate much more effectively. It was not designed to be interactive between the Presenters and the Audience.

The Senegalese Ambassador was represented and a paper was presented on his behalf. Also, the SeneGambia Permanent Secretariat was represented. The Ambassador indicated that he wasn’t making a political appearance but rather a diplomatic one as religious harmony is equally diplomatic in nature. He made a presentation highlighting the need for peaceful coexistence between people of different faiths. The United Nations (UN) Gambia Representative gave an overview of the relevance of the conference to create a better understanding amongst people of different faiths in the Sub-region.

Presentations were also made by The Gambia Minister for Basic and Secondary Education, from the Catholic Bishop of Banjul, Rev. Fr. Gabu Seekan, Religious Adviser to President Adama Barrow and Imam Sheikh Alieu Ceesay. All acknowledged that the people of Gambia and Senegal are interrelated. They praised the harmonious interfaith relationship that exists in the region of SeneGambia acknowledging that they are similar in physical appearances, spoken languages, and culture and beliefs.

Imam Sheikh Alieu Ceesay’s assertion that the ‘West’ is creating division amongst people by portraying one religion as extremist and terrorist should be better qualified. Organizations like ‘Al-Shebab’ and ‘Boka Haram’ evolved from within the African continent; the murdering of innocent people in public and religious houses do not originate from the ‘West’ and would have to be addressed. The denial of church construction permits, the throwing of stones into churches, encroachment on Christian burial sites and land repossession from Christian communities are a few of the worrying and growing phenomena in the Gambia. These are manifestations of religious intolerance and do not originate from the ‘West’. Political leaders, religious and community leaders need to seriously address these behaviours which incite hatred and violence.

Also, the chairman disclosed that Imam Sheikh requested for land from President Adama Barrow for the purpose of constructing an Islamic school, mosque and a community well. (Imam Sheikh is a disciple of Alagie Abdoulaye Nyass.) The Gambia’s Minister for Local Government and Lands, who doubles as religious affairs Adviser to the President, in his speech confirmed the request and informed the participants that he had been instructed by the President to allocate Imam Sheikh land at Kerr Samba. He however placed a caveat indicating that he has to look for a place that has no land issue because this has to do with religion. Given that people of other faiths and non-faiths have not been similar beneficiaries of Adama Barrow’s good gesture, The President could be seen as promoting and propagating one faith at the expense of the other. This does not augur well for maintenance of secularism especially given our recent history of former President Jammeh unanimously declaring the Gambia an Islamic Republic.  Also, one may enquire about the accessibility of the well to members of the community that are not Muslims.

In order to be relevant copies of presentations made at the conference should have been distributed. The conference should have engaged the audience to come up with comments and recommendations on how to improve the slowly deteriorating interfaith relationship within the SeneGambia community. Preparations for any future interfaith dialogue must whenever and wherever hosted, take note of the lessons learnt so that such exercises would benefit both faiths as well as the state and its citizens.

NOTE: views expressed in this article does not reflect in anyway of The Trumpet, but the author’s responsibility.